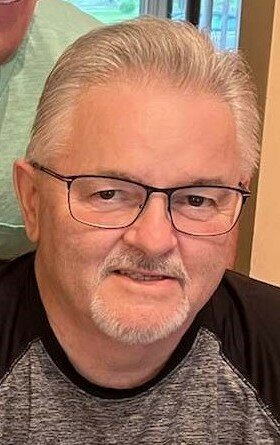 Peacefully, while holding Teresa’s hand and in the company of his sister Barb, Ken passed away after a 4-month, hard fought battle of cancer.

He was predeceased by his mother and father Marion & Arnold Henry and father-in-law Jimmy Altomare.

Left to cherish his memory is his wife of 34 years, Teresa. Along with Teresa, his daughter Sarah (Karl) & son Thomas. He will also be loved and remembered by his grandchildren Caleb, Matteo, and Sofia.

Also left to mourn are his siblings, Dave (Becky), Don (Carol), Barb (Ian) Brown, Brian (Sue). His mother-in-law Maria Altomare, brother-in-law Nello (Barb) and sister-in-law Vanda (Jason), along with many nieces and nephews and extended family in Winnipeg and in Ontario.

Ken was born July 25th, 1957, to Marion & Arnold Henry in Carleton Place, Ontario. Shortly after Ken was born, the family moved to live in Manitoba settling in St. James.

In his early years, Ken attended school in St. James and was a student at Britannia and Stevenson. He graduated from high school from Lord Selkirk Regional Comprehensive Secondary School.

After graduating high school Ken started his career at CN Railway. He was proud to be a heavy-duty mechanic and obtained his Canadian Red Seal Certification. To say that Ken was a hard worker is understated to his ability. He was proud of working for CN and was a great provider for his family.

Growing up and throughout adulthood Ken loved sports both watching & playing.  He played fastball and hockey and later had a love of golf and fishing that he enjoyed with many of his close friends and brother-in-law Ian.

Ken’s family and friends knew that they could come to him with anything that needed fixing, whether mechanical or with life, in general.  He was there to offer advice, fix anything, or just to share a glass of wine with.  He was always there to lend an ear. There are no words to speak of Ken’s generosity.

Ken was lucky one day when he met Teresa Altomare in 1984.  Soon after meeting they were both found together at his baseball and hockey tournaments, not to mention the beer gardens.  Ken was quickly immersed into the Italian culture coincidentally meeting his father-in-law Jimmy at CN and falling in love with Maria’s home-made cooking.

Ken & Teresa were married in 1988 and welcomed Sarah, their first born in 1987.  Thomas, their son, was to follow in 1990.  As a family they enjoyed many camping trips taking their trailer out to Birds Hill Park and onto many road trips.  They embarked on a Disneyworld trip in 2001 and went with friends on jaunts to Laughlin & Las Vegas.

Ken was over the moon when his grandchildren were born.  Ken became ‘Papa’ and this was his most cherished and beloved role. He was nicknamed Radar and Little General by friends, but Papa was his most special. Out of his tough, little, exterior came a man who let Sofia paint his toenails, Matteo snuggle up beside him to watch movies, and would watch as Caleb drew many pictures.

In lieu of flowers please make donations to Special Olympics – Winnipeg or Ronald McDonald House Charities – Winnipeg.  The family thanks all the staff at Cancer Care Manitoba and the Health Sciences Centre staff on GD6.

“You’ve just walked on ahead of me and I’ve got to understand you must release the one’s you love and let go of their hand. I try and cope the best I can but I’m missing you so much. If I could only see you and once more feel your touch. Yes, you’ve just walked on ahead of me, don’t worry, I’ll be fine. But now and then I swear I feel your hand slip into mine” Love, Teresa xoxo