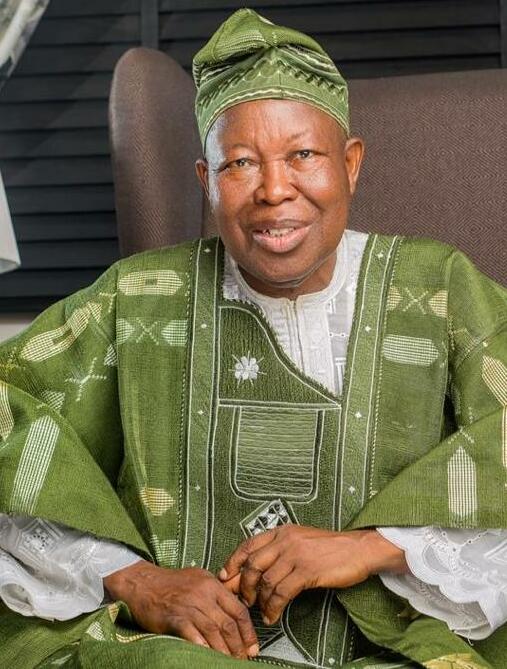 Elder Ezekiel Olubunmi Anigioro was born on  March 16, 1949 to Chief Emannuel Adebakin Anigioro and Madam Comfort Anigioro (Nee Ogunremi) both from Abeokuta South local Govt. His late father was a cocoa farmer and a prominent produce buyer from Ijemo Abeokuta (Egba Alake), who is also from Larun rulling house. The Larun ruling House is one of the four ruling houses in Egba Ake Abeokuta. His mother, a trader was from Erunwon near Ake Abeokuta.

Being a farmer, his father was raised in Binu/Obafemi Village where they had a large plantation of Cocoa and kola nut. His grandfather, whose name was Sosanya was a wealthy merchant because of his cash crops. Hence, he was always referred to as Anigioro (i.e the man with “a tree of wealth") which is where the name "Anigioro" came from.

Bunmi Anigioro was born in the village before relocating to the town. He started his Elementary school at Anglican school, itoku Oloruntedo, Oke-ona in Orile Oko in 1955. He finished primary four in 1959, and had to take entrance Exam to try 5 in another school that has primary 1-6.

He was admitted to All Saints Anglican is an Araromi, 1960. He passed the first school leaving certificate Examination in 1961. He moved to Abeokuta in 1961 for his secondary school education. He was admitted to Premier Grammar School, Lafenwa Abeokuta in 1964. He sat for the West African School Certificate Exam in 1969 and moved to Lagos. He stayed with his uncle Late Chief Emanuel Olutayo Ogunremi who was living in Surulere.

He started his working career as a Laboratory Assistant/Clerk at Ahmadiyyah College Agege in 1971. He was later employed as Accounts Clerk, Bursary department Yaba college of Technology from 1974-1976.

He attended the prestigious Yaba College of Technology (The Cradle of Higher Education) for his ordinary National Diploma in Accounting (Part-time) from 1976-to 1979.

He transferred his service to the administrative staff college of Nigeria (ASCON) as Assistant Executive Officer (Accounts) in 1977. Thereafter he transferred his service to the Nigeria Institute of Medical Research Yaba under the Late Professor Babatunde Adadevoh (Director N.I.M.R) and the vice-chancellor university of Lagos. He got married to Mrs. Victoria Modupe Anigioro (Nee Adeniyi) from igbore Abeokuta on 14th April 1979.

He was employed in 1978 by the Joint Admissions and Matriculation Board (JAMB) as an Executive Officer (Accounts). He was one of the pioneer staff jamb after transferring his service from (N.I.M.R.) to JAMB.

In 1981, he went for his Higher National Diploma at Yaba College of Technology full time. However, the pioneer Registration/Chief Executive of JAMB Late Mr Michael S. Angulu graciously granted him study leave for the duration of the course.

The National Youth Service Corps Directorate posted him to Lagos State in 1983-84 service year, on completion of his programming. He served at the Joint Admissions and Matriculation Board Headquarters in Lagos.

While in Jamb, he served at various capacities ranging from Executive Accounts cadre to Accounting/Professional cadre. He also served as Chief international/Auditor/Management staff for a period of time.

During the movement of JAMB Headquarters to Abuja, he was redeployed to the Finance department as Chief Accountant. He was to head and overseas the Lagos Area office financial department at that time.

In January 1999, Bunmi Anigioro was transferred to the Kaduna Area office as Chief Accountant. He retired in Kaduna, after more than 21 years of meritorious service in JAMB.

After his retirement from the civil service, he joined a renowned accounting/consultancy firm S.S Afemikhe & Co (Chartered Accountants) in July 1999. While in the firm, the audit/consultancy assignment took him to various parts of the country.

He obtained his practicing license to practice from the Institute of Chartered Accountants of Nigeria (ICAN) in 2008 to set up his own Account/Consultancy firm known as "Bunmi Anigioro & Co" (Chartered Accountants) of which he is the managing partner.

Elder Bunmi Anigioro is a lover of Christ. He served as the church auditor of the church where he worshipped and was also an Elder at the” Faith life Rescue Ministry.” He passed on to glory on June 7, 2022 in Canada. He is survived by his Wife, Children and Grandchildren.

Share Your Memory of
EZEKIEL
Upload Your Memory View All Memories
Be the first to upload a memory!
Share A Memory
Send Flowers
Plant a Tree