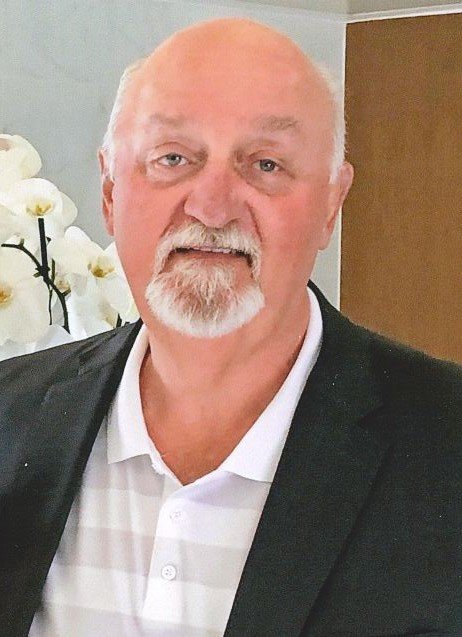 It is with heavy hearts that we announce the passing of our devoted husband, father, grandfather, brother, uncle, brother-in-law and friend.

Gerry will be deeply missed and lovingly remembered by his wife Marilyn of 36 years, his son Brett, daughter Lauren, son-in-law Justin and granddaughters Abigail & Emilia.  Also, by his brothers Aubrey (Carol) and Doug (Verna), his brother-in-law Clem (Gayle), all his nieces and nephews and their families and his friends.  He is predeceased by his parents, his sister Myra and his infant grandson Landry.

Gerry was born in Altona, Manitoba on July 7th, 1956 to William (Bill) and Katherine (Kay) Kehler.  He grew up there but came to Winnipeg in 1978 to become a member of the Winnipeg Police Service, where he served for 27 years.  After retirement from the police service in 2005, he worked for the province for 10 years at both the Consumer’s Bureau and the Gaming Commission (now the LGCA).

Gerry was a devoted father and supported his children in all their activities.  Even though he worked shift work in their younger years, he made every effort to be at all their events, even if it was the afternoon rehearsal or driving by a baseball game in his cruiser car.  Family was very important to him. With the grandparents on each coast of Canada, he made sure that each summer for many years there was a trip to one coast or the other.  His devotion to his family continued with the addition of two granddaughters.  He was so proud to be “Papa”.  Papa loved to play and read with the girls. They were the light of his life.

He was passionate about golfing, traveling and current events.  He loved to play golf and watch it.  There was no better way for him to spend a Sunday afternoon than with golf on the TV.  He was thrilled to have been able to travel to attend six PGA tournaments.  As well, he was a lifetime hockey fan and supported the Jets on their return to Winnipeg.  His coffee and the newspaper was his favourite way to start the day.

He often spoke about how fortunate he was to have travelled to so many places.  For 38 years, he and Marilyn traveled to Nova Scotia to see her family who quickly became his family.  Nova Scotia was like a second home to him. His last job took him to many places in Canada and the US, as well as to London, Paris and Slovenia.  Together him and Marilyn vacationed in Mexico and took several cruises. Their last cruise - a European river cruise - turned out to be his trip of a lifetime.

Gerry’s faith kept him strong during the short time of his illness. His sense of humor or his “Dad jokes” never stopped.   He told us during treatment that “this was the mission to remission, chin up and take it one day at a time”. Unfortunately, he would not achieve remission but we are taking comfort in knowing that he is at peace now.

We wish to thank the doctors, nurses and staff at HSC GD-6 and the Medical ICU for their wonderful care and concern for Gerry during his brief stay.  Also, to our family and friends for their tremendous outpouring of support, love and prayers that are sustaining us during this difficult time.

Cremation has taken place and a memorial service will take place at a later date.  In lieu of flowers, donations can be made to either the Leukemia and Lymphoma Society of Canada or Siloam Mission.

Share Your Memory of
GERALD
Upload Your Memory View All Memories
Be the first to upload a memory!
Share A Memory
Send Flowers