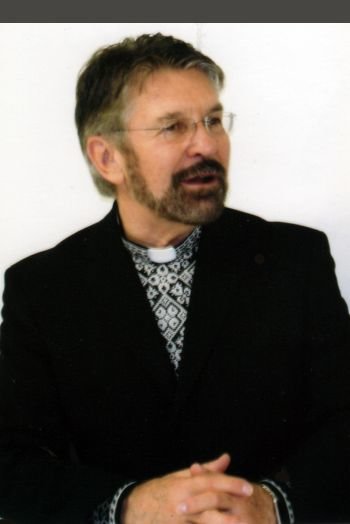 Please share a memory of FATHER EDWARD to include in a keepsake book for family and friends.
View Tribute Book

It is with deep sadness that we announce the passing of Fr. Edward, Danylo  Evanko on Sunday, November 18, 2018. He was predeceased by his father, Danylo   Evanko, mother, Justyna Dmytryk,  and step-mother Doris Tataryn Evanko, Brother-in-law Borden Cardinal, nephew Kenneth Cardinal, brother-in-law, Dan Petriw, step brother-in-law Steve Morris, sister Ann Petriw. He leaves to mourn his passing  his sister Jennie Cardinal Prystupa (Peter) his step sisters Florence Gregg (Joe) and Gladys Morris, many nephews and nieces as well as many professional associates and friends.

Edward Danylo  Evanko Tenor, Actor, Priest was born in Winnipeg, October 19,1938. At an early age, he showed a special talent for music, winning the first of many trophies in the Manitoba (Winnipeg) Music Competition Festival at thirteen years of age. He studied with Herbert Belyea and Lucien Needham and sang professionally for the first time at Rainbow Stage. He earned a BA Degree at the University of Manitoba, majoring in English.

In 1961 be began training at the Bristol Old Vic Theatre School and sang with the English Opera Group and the Welsh National Opera. Upon his return to Winnipeg in 1967, he hosted his own “Ed Evanko Show.” He has appeared in many evening and daytime television drama shows, including “Ryan's Hope,”“Chicago Hope,” and “Third Rock from the Sun.” He appeared on Broadway in “Canterbury Tales” and “Rex.” His Broadway debut gained him a Theatre World Award, a New Jersey Drama Critics Award and a Los Angeles Ovation Award nomination. He has recorded Broadway albums for Capitol, RCA, an album for Decca, and three for Destiny Records. He has appeared at all the major Ukrainian festivals in Canada and the USA, and has promoted Ukrainian music by singing on many occasions at the Ukrainian Institute and at Lincoln Center in New York City.

In 2001 Edward discerned a calling to become a priest. He pursued his academic training  and spiritual formation at the Pontificio Collegio Beda in Rome, at St. Josaphat Seminary and Catholic University in Washington, DC, and at Holy Spirit Seminary and St. Paul University in Ottawa. He completed his Master of Arts in Theology degree (Eastern Christian Studies concentration). In 2005 He was ordained as a Ukrainian Catholic priest in the Archeparchy of Winnipeg. He served in the District of Rossburn/Russell for two and one-half years prior to coming to the Eparchy of New Westminster to serve as pastor the Church of the Holy Dormition of the Mother of God in Richmond, B.C from January, 2008 until his retirement in June, 2013. He settled in Salt Springs, but moved Winnipeg in July, 2016. On October 21, 2016 he suffered a devastating stroke to which he succumbed on November 18, 2018.

Particular influences in his life have been Fr. Stefan Semchuk, his first pastor, Fr. Bohdan Lukie, and Fr. Walter Klimchuk. To his spiritual directors for their guidance and example, Fr. Jim Brand, Fr. Wasyl  Kharyk, and Fr. Ray Lukie, and rectors, Msgr. Roderick Strange and Fr. Ken Nowakowski, (Currently  Bishop Ken) and to Bishop David Motiuk, and Archbishop Michael Bzdel, and Metropolitan Lawrence Huculak he will be eternally grateful.

The family thanks and acknowledges with deep appreciation Sister Darleane Pelechaty (S.S.M.I.) and the and staff and volunteers of Holy Family Home for the loving care and respect they had shown to him. The family is grateful to Dr. Andrea  Babick for her compassionate medical and spiritual care. Finally, to the many friends who over the two difficult years took the time to phone, write of visit with Fr. Edward, we offer our deepest appreciation and thanks. The family also extends their thanks to Cropo Funeral Chapel for their support and consideration.

If friends so desire, donations in the memory of Fr. Edward Evanko may be made to Holy Family Home  165 Aberdeen Avenue, Winnipeg, MB R2W 1T9, or Heart and Stroke Foundation of Manitoba, 1379 Kenaston Blvd, Winnipeg, MB R3P 0Y4 or to a charity of own choice.

Share Your Memory of
FATHER EDWARD
Upload Your Memory View All Memories
Be the first to upload a memory!
Share A Memory
Send Flowers
Plant a Tree