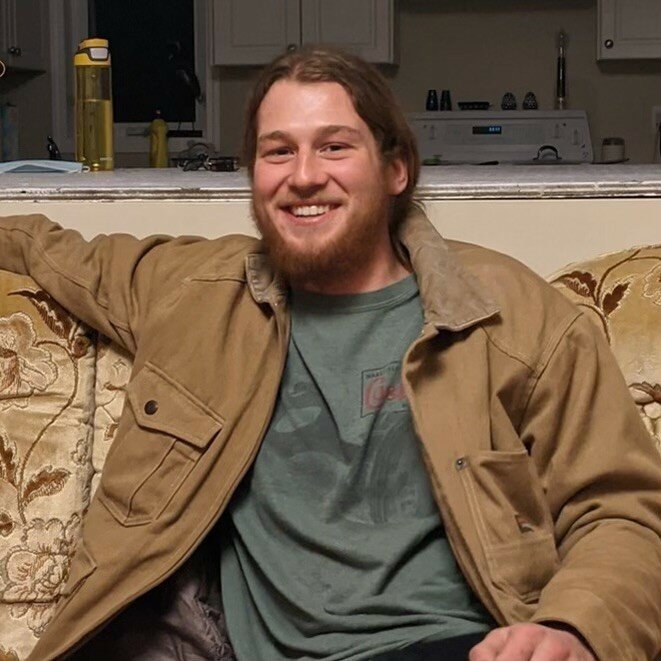 It is with heavy hearts we announce the sudden passing of our beloved son and brother, Alex Shewchuk on January 17, 2023, four days shy of his 23rd birthday.

Alex was predeceased by his Gigi (grandfather) Nestor Shewchuk.  He is survived by his Mother Angela, Father Don and Brother Christian, as well as his Baba Nettie Shewchuk, Grandma Mary and Grandpa Len Christensen and many aunts, uncles and cousins.

Alex was born in Calgary, Alberta  on January 21, 2000 and moved to Innisfail, Alberta at the age of 10.  He graduated from Innisfail High School in 2018.  He then entered the SAIT Mechanical Engineering Technology Program in 2018 and graduated in April 2020.  His cousin Dan helped him get a job at MacDon in Winnipeg, MB in May 2021.  At that time, he moved to Winnipeg to start his new job as a Test Technician. This job provided him the opportunity to travel to and work in many different areas of Western Canada and the Southern United States and Brazil.  While working in Brazil, he took a memorable trip to Peru and hiked the Inca trail to Machu Picchu.

Alex had a keen passion for learning and when he was interested in something he fully immersed himself and gave it his all.    Alex played the guitar which he was very good at.  Alex had many hobbies including working on his 1967 Plymouth Belvedere. He loved the outdoors and enjoyed activities such as fishing, golfing, baseball, and hockey.  After Alex graduated from  SAIT, he took a hunting and trapping course. He ended up successfully trapping over two dozen muskrats and prepared the pelts with the intention of making some mitts from them.  Before his career at MacDon, Alex worked at Carefree Resort.  Despite being "the manager’s kid”, he worked hard and was well-respected by his co-workers.  Alex had many good times hanging out with his brother and friends, downhill skiing, listening to many different genres of music, camping, travelling to Manitoba and British Columbia to visit with extended family and celebrating special occasions with his family.

Alex was a very likeable and unique young man who brought so much joy to those who knew him. He had a tight knit group of loyal friends who stayed connected as much as possible.  Alex will always be remembered for his great sense of humour, his intelligence, his kind heart and his old soul.  He accomplished so much in his short life. Alex's family is so proud of him and will miss him dearly. His loved ones are so grateful for the time they got to share with him. He was a light in all our lives that was extinguished much too soon.

A celebration of Alex’s life will be held in the Spring. Notice to follow.

Lyrics from Led Zeppelin’s “All of my Love” which was a tribute to Robert Plant's son who died.

In lieu of flowers, please consider making a donation to your local suicide prevention group, hotline or mental health agency.

Share Your Memory of
ALEXANDER
Upload Your Memory View All Memories
Be the first to upload a memory!
Share A Memory
Send Flowers
Plant a Tree