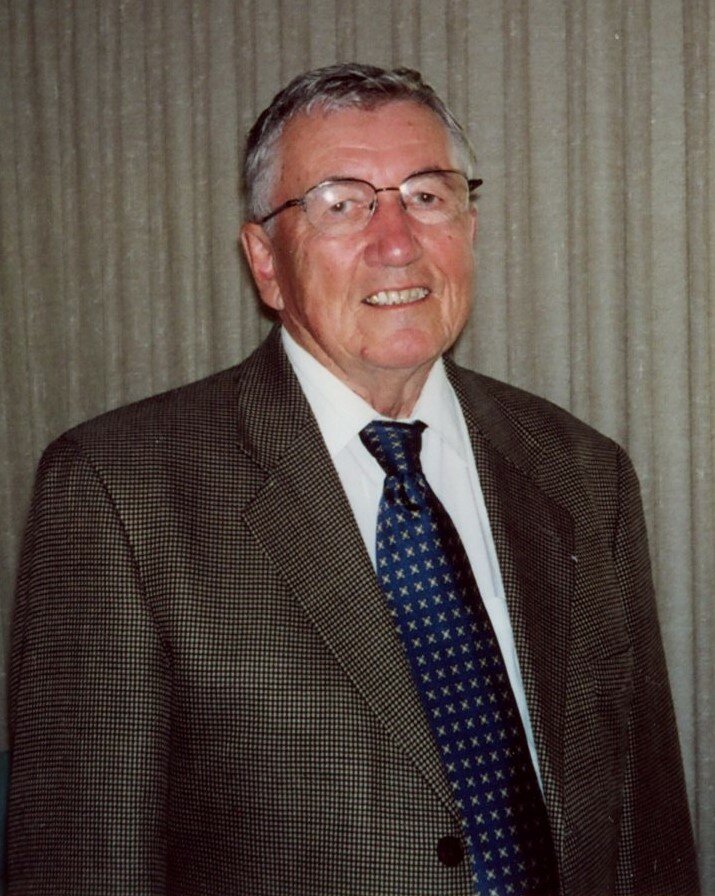 With heavy hearts we announce the peaceful passing of our loving husband, father and grandfather Walter Michael Lesiuk, with his family by his side at St Boniface Hospital at the age of 91 years.

Walter was born and raised on a farm in Mink Creek, Manitoba where he thoroughly enjoyed the country nature and spending time with the farm animals and pets until he was 13 years of age.  The family then moved to Togo, Saskatchewan for a short period and then to Grandview and Dauphin for his middle and high school years.  He moved to Winnipeg where he started his first career job at Fairbanks Morse Co working as a comptometer operator calculating railway costs.  After two years he changed jobs to work at Canadian National Railroad where he enjoyed a 38-year career in the statistics and analytical accounting departments.  While working and raising a family Walter obtained his RIA accounting designation (now CMA-CPA).

He met the love of his life, Florence, at a St. Vladimir and Olga youth dance in 1957, and recently celebrated 64 years of a loving marriage. They raised four children and have 6 grandchildren.  Walter loved spending time with his family who, in turn enjoyed spending it with him.  He was interested in all of their activities and got involved by coaching their hockey and baseball teams, attending their piano and dance recitals, tennis tournaments and anything else that was important to them.  Most of all Walter brought the family together by being genuinely happy to be around and by being interested in them. He created fun by playing card games, catch and building fires to sit around. Even all the family pets sensed his warmth and welcoming demeanor and were excited to see him.

Walter enjoyed all outdoor activities, nature and sports especially golf and curling. He enjoyed cross country skiing and started playing tennis in his 80’s so he could spend quality time with family. He and his father built a cottage at Albert Beach by hand using mostly salvaged wood from CNR and manual tools.  That cottage was and continues to be thoroughly enjoyed by his family.

Walter and Florence experienced a lot of travel to the USA, Europe and Mexico, and across Canada.  He took the family of four kids on memorable trips across the country by CN passenger train (now VIA rail) and by car to beach areas around Manitoba and to the Badlands in South Dakota where they stopped at every tourist town along the way.

Walter was a man of faith and was very active volunteering as Treasurer with St Michael’s church in Transcona, Winnipeg Music Festival, St Michael’s Brotherhood, and Knights of Columbus Bishop Budka Council.

A Christian burial liturgy was celebrated by family and relatives at St Michael’s Ukrainian Catholic church in Transcona on January 20, 2023 with Father Mark Gnutel officiating.

In lieu of flowers, donations can be made to the St Michael’s renovation fund or to any of the Ukraine relief funds.

My life on earth is truly past, I loved you all to the very last, weep not for me but courage take and love one another for my sake.

Share Your Memory of
WALTER
Upload Your Memory View All Memories
Be the first to upload a memory!
Share A Memory
Send Flowers
Plant a Tree