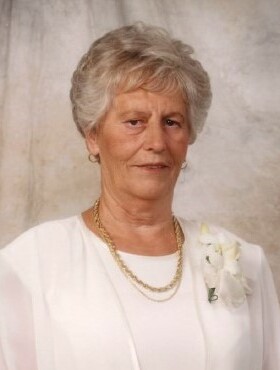 Lucija Farkas (nee Marusic) passed away suddenly on January 16, 2023 at the St. Boniface Hospital at the age of 85.

Mom was born on October 29, 1937 in Zadar, Croatia to Luka and Ivanka Marusic. She was one of 13 children. She was predeceased by her parents, husband Ludvik and only has 2 surviving siblings, Josip Marusic of Hamilton, ON. and Matija Marusic of Winnipeg, MB.

Mom came to Canada in 1963 in search of a better life. It was here that she met and married Ludvik Farkas. They married in 1964 and started their family soon after. Mom will be lovingly remembered by her children, son Frank and daughter Nada and grandchildren, Lyndon, Lindsay, Kaiya and Taeana and numerous relatives in both Canada and Croatia.

Mom worked many years in Building Services for the City of Winnipeg and the Province of Manitoba. She took exceptional pride in keeping our Provincial Legislature building spotless, her peers would often tease her about how you could eat off her floor, she was so meticulous. Mom retired shortly after her husband Ludvik passed away in 1992. She spent many years tending to her flowers and garden.

Prayers, viewing, and visitation will be held on Sunday, January 22 2023, at 7 pm at Cropo Funeral Chapel, 1442 Main St. WPG, MB., with a private family service to take place at a later date.

Donations can be made in her memory to the Heart and Stroke Foundation.

Share Your Memory of
LUCIJA
Upload Your Memory View All Memories
Be the first to upload a memory!
Share A Memory
Send Flowers
Plant a Tree