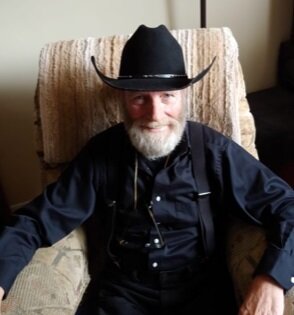 It is with great sorrow and heavy hearts that the family announces the passing of James Philip Cleary. He died unexpectedly at the age of 64 on January 12, 2023, at the Health Science Center with family at his side.

James was born on June 23, 1958, in Placentia Bay, Newfoundland. He was one of 8 children. James was predeceased by his parents Andrew and Rosemary and his sister Geraldine, his in-laws Alex and Olga Grymek, brother in-laws Larry Grymek and Sam Omer. He leaves to mourn his wife Nadine, his sons Cory(Sandi), Ryan, Kyle(Mary), his grandchildren Tyson, Cayden, Tanner, Kaelyn, Brianna, Daryl and Andrea and numerous extended family members, as well as his good friend Lorna Koscielny.

James was employed with CP Rail for 17 years. James was also an amazing equipment operator/truck driver for many years.

Dad loved his camping trips, fishing trips with his long-time friend Lorne, as well as with his family.

He will always be remembered for his tricks of the trade, singing karaoke to the music he loved and being the Go To person that he was.

When dad became ill, it was so hard on everyone but mainly for himself as he was stopped from being able to do all the things he loved to do. All visits to him meant the world to him.

He will be greatly missed by many.

Until we meet again…