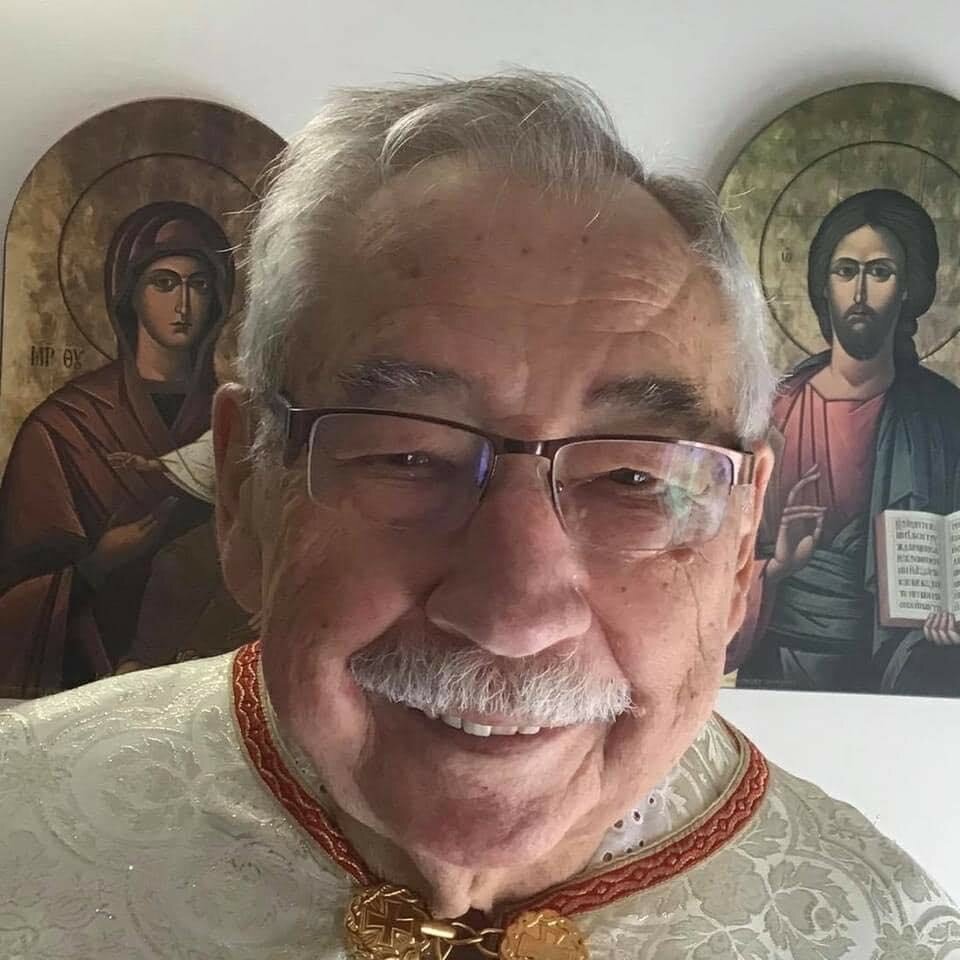 It is with sad hearts we announce the sudden death of Fr. Michael Krochak, at his residence surrounded by his loving wife Marilyn. Over the years he navigated many health issues, always battling with grace, dignity and acceptance because of his strong faith and support of his family and friends.

Fr. Michael is survived by his beloved wife of 61 years, Marilyn Krochak (nee Trepoff), children, Tim (Christine) Kevin, Celeste, Vincent, Ian. (Stefanie). He is also survived by his grandchildren Molly, Hudson and Lucas for whom he adored as his brightest lights. He also leaves to mourn his sisters Olga Gamarcy, Anne Porter and brother Walter Krochak (Lavona) and sister in laws Carol Krochak and Joan Krochak, brother-in-law Sidney Trepoff and sister-in-law Barbara Hebert along with many loving nieces, nephews, extended family and countless friends.

Fr. Michael was born April 3, 1935, in Tate, Saskatchewan. His parents were both born in Ukraine and settled in Saskatchewan and raised ten incredible children.  As a child growing up in Leross, Saskatchewan he enjoyed sports and visiting the Madarash family farm. In high school he attended St Vladimir’s College and after highs school he entered the University of Saskatchewan. During summers he was part of the Royal Canadian Air Force Corps where his greatest thrill was co-piloting a plane across the St. Lawrence Seaway. He earned his Bachelor of Education and Bachelor of Arts (Philosophy) degrees and began his teaching career in Regina.  He also taught in Foam Lake, and Yorkton, Saskatchewan and eventually Winnipeg. Fr. Michael and wife Marilyn enjoyed a loving marriage, always working as a team. They went on to have five children. In 1970 they moved to Winnipeg so that Fr. Michael could pursue his Masters of Education. He worked as a guidance counselor at River East Collegiate supporting students and caring for them always with empathy and kindness.  Father Michael was a firm believer in the power of community serving his local community of Transcona playing sports, his church community, his priest community, and organizations such as the Brotherhood and the Knights of Columbus as a 4th degree Knight. He wanted to serve his Ukrainian Catholic community and was ordained as a deacon. His pastoral ministries included liturgies, youth clubs, adult ministries, bible studies, a leader of the charismatic prayer groups, sacraments and however he was called upon.  He always found other ways of evangelizing and so he began hosting a show on CKY called Sunday Scope and Word of Faith representing the Ukrainian Catholic Archeparchy where he interviewed guests sharing the Good News.  Soon after retiring from education, he entered Holy Spirit Seminary and was ordained to the Priesthood in 2001 at Cooks Creek Immaculate Conception Church.  He served with love at three Ukrainian Catholic Churches -St. Michael’s, St John's and finally St. Josaphat’s.  He was a beautiful preacher and always worked to make connections to the human experience.  People could relate well to him and he was beloved by his parishioners. Once retired from parish life he knew he still had a lot to offer so he moved his ministry to Facebook and posted weekly homilies and reflections which many enjoyed and shared.

Fr. Michael and his wife Marilyn also enjoyed traveling. Visiting family was a priority with yearly reunions with his siblings golfing and playing card games late into the night.  His relationships with his siblings were so important and he has taught his own children the value of family. He loved his children and always let them know through his words and actions. One of his greatest joys was connecting with his three grandchildren and supporting them in all of their endeavors.  He also loved his daughter in laws Christine and Stefanie as his own. His Ukrainian Heritage was always important to him and he shared that with his family.

Fr. Michael had a great sense of humor, was an avid learner and reader, was the best listener of all and he always believed you were more than your last mistake.  He was open to other perspectives and willing to discuss. He will be remembered for the exceptional kindness he showed to everyone he met.

Our family would like to give special thanks to the caring and compassionate staff at St. Boniface Cardiac Unit, Cancer Care and Dialysis Unit where he received exceptional care.

A livestream can be found at this link. https://www.youtube.com/@st.michaelsukrainiancatholic/featured

In lieu of flowers, expressions of sympathy may be made in Fr. Michael’s memory to Aid for Ukraine via the Archeparchy, St, Michael’s Parish Fund or L’Arche Winnipeg.

The Lord has shown you what is good and what is required of you. You must act with justice. You must love to show mercy. And you must be humble as you live in the sight of your God.

Share Your Memory of
FR. MICHAEL
Upload Your Memory View All Memories
Be the first to upload a memory!
Share A Memory
Send Flowers
Plant a Tree