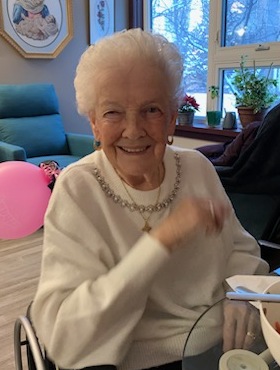 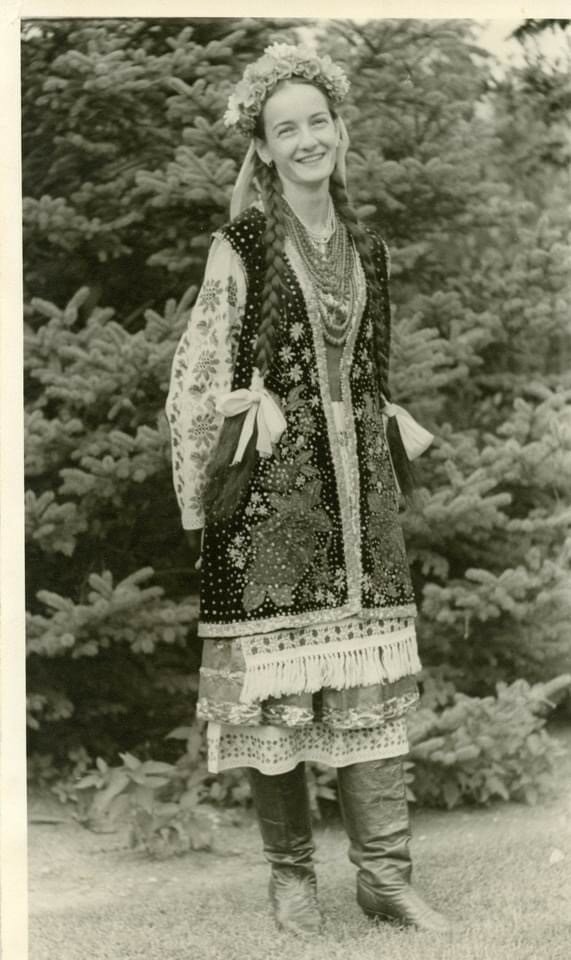 Gloria was born in Winnipeg Manitoba, February 3, 1930. Shortly after her birth, she was surrendered for adoption. Little is known about her biological parents. They were of Ukrainian heritage from western Ukraine and came to Canada in the late 1920’s.  Gloria was adopted at infancy by Mr. and Mrs. Kobusiewicz.  She would affectionately call them Dido and Baba. There was an adult daughter that also lived in the home. Unfortunately, both Dido and Baba passed away when our mother was very young, and she was left to be raised by the adult daughter. Life was not easy for our mother. She grew up in poverty, and in a very abusive household, where beatings were a regular occurrence.  Through all this adversity, our mother completed her schooling, graduating from St. John’s High School, and entered the work force.

As a young woman, Gloria (Slavka) was active within the Ukrainian Community in Winnipeg and belonged to MUNO, the youth organization of the Ukrainian National Federation (UNO).  Our mother had a beautiful soprano voice and sang with the Koshetz choir.  It was, on the occasion of one of the summer picnics hosted by UNO, that Gloria met a very handsome young man from (Poltavshchyna), Ukraine, Dmytro Yaremenko. Little did she know that Dmytro had done his research, and knew all about her before insisting that a friend of his introduce him to our mother.  After a very short courtship, on a cold January 24, 1953, Dmytro and Gloria (Slava) were married in the basement of the not yet completed Holy Trinity Ukrainian Orthodox Church, in Winnipeg.  Two years later, Gloria and Dmytro started a family. They had two daughters, Slavka ,1955, and Alexandra, 1958.

After high school, Gloria began working at the Bank of Nova Scotia, where she was trained as a bank teller, then advanced to a data entry clerk for a life insurance company.  Our mother progressed to bookkeeping for several companies, and office manager for the firm of Joni Apple Original Ltd. Before retiring, Gloria worked for the University of Manitoba, Student Alumni. She was a modern mother for the times, having both a career outside the home, as well as raising a family. Our mother was a positive mentor for all her grand children.

Our mother was a Ukrainian Canadian, and many times was chastised for not being born in Ukraine, therefore considered an outsider in some community circles.  Gloria (Slava) was a Ukrainian patriot, that taught herself to embroider, write pysanky, and make many of the traditional Ukrainian dishes for the special Ukrainian celebrations/holidays. Her home was decorated with beautiful embroidery and Ukrainian artwork. This love of the Ukrainian culture was further passed on to her daughters and grand children.

Gloria (Slava) was also a community activist. She belonged to the Ukrainian Women’s Association of Canada – Holy Trinity branch and served as President.  One of her main objectives, that was completed successfully, was to modernize the church facilities. This made life easier for the women of the parish, that worked hard preparing meals and events for the church and Ukrainian community.  Gloria also served as President of the Ukrainian Canadian Congress – Women’s Organizations for the province of Manitoba. Gloria sought for the rights of the womens’ voice within the Ukrainian Community.  During the 1960’s and 70’s, women were not allowed to belong to the Ukrainian Canadian Congress, therefore the women formed their own organization, where they could give voice regarding their issues and opinions.

Our mother taught us to skip rope, bounce a ball, read, embroider, braid our hair, but most of all, she taught us to stand strong and tall, and be proud of our deep-rooted Ukrainian heritage.

We thank Gloria’s nephew, Valerij Yaremenko for assisting our mother in Winnipeg prior to her moving to Calgary. Valerij was there to help with everyday chores, shopping, yard work, and driving Mama to church! We are eternally grateful!

Lastly, our family would also like to thank all the wonderful caring staff at Newport Harbour Care Centre. Our mother had a great relationship with everyone on staff. She told them stories of her life, taught them about Ukraine and its culture and showed a genuine interest in their lives as well. In her final days, hours, the compassionate care that was given, was unmeasurable.

The services will be live streamed through YouTube St. Mary’s the Protectress Ukrainian Orthodox Cathedral

516 The Kingsway, Etobicoke, ON

Note: In memory of Gloria Yaremenko: Humanitarian Aid for Ukraine

Or to support our church:

Note: In memory of Gloria Yaremenko

Share Your Memory of
GLORIA
Upload Your Memory View All Memories
Be the first to upload a memory!
Share A Memory
Send Flowers
Plant a Tree