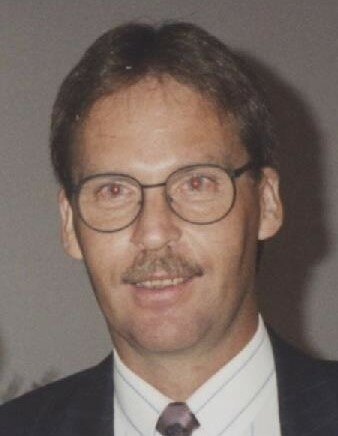 It is with profound sadness that we announce the passing of our dear brother, Bob, on Sunday, December 11, 2022 after a valiant battle with cancer.

Bob was born to Ignace and Mary Zywotkiewicz on May 13, 1956 in Winnipeg, Manitoba, and he was a proud North-End Winnipegger for his lifetime. He joined The City of Winnipeg Public Works department in 1974 and remained a steadfast and well respected foreman until 2013 when he retired to care for his aging parents. Throughout his time with the City, he made everlasting friendships and lent a helping hand wherever he could.

Bob was a passionate supporter of his teams, the Jets and the Blue Bombers, and made certain that his elder brothers remained faithful to their Winnipeg teams long after they moved west. He was a zealous sports fan who was certain to have a pointed opinion about the latest team stats or a bad call by a ref.

Truly, Bob was indeed happiest on the golf course. He was a member of Bel Acres Golf Club and, regardless of the weather, could be found each and every morning of the season walking the 18-hole course. Whether he shot an eagle or remained at par, Bob always brought his A-game and lived by the phrase “There are no bad days on the course.”

Bob was a steadfast, reliable man who valued family, enjoyed working with his hands, and raising a glass to his favourite team. Sharing his home were his two cats Casey and Jones who were his constant and cherished companions.

Bob was predeceased by his father, Ignace, followed by his mother Mary, recently in 2021. Bob was a kind and generous caregiver to both his mother and father for many years and looked after them and their home selflessly.

Left to mourn his loss are his elder brothers, Henry (Kris), and Rick of Calgary, AB; niece Jenner of Calgary and nephew Adam (Kat) of Fernie BC; Uncle Kazimir of Holy Family Residence in Winnipeg and cousin, Virginia (Tim) of Victoria B.C. As well, his loss will be felt deeply by his dear friends Mike Pawlowski and Al Pronyshen whose care, assistance, and devotion to him during his battle with cancer will always be remembered.

A celebration of Bob’s life will be held at Cropo Funeral Chapel, 1442 Main Street

Winnipeg, MB, on Thursday, December 22 at 10:00AM. A light lunch for family and friends will follow at the Canadian Polish Legion, 246, 1335 Main St. after the interment.

In lieu of flowers, the family requests donations be made to the CancerCare Manitoba Foundation.