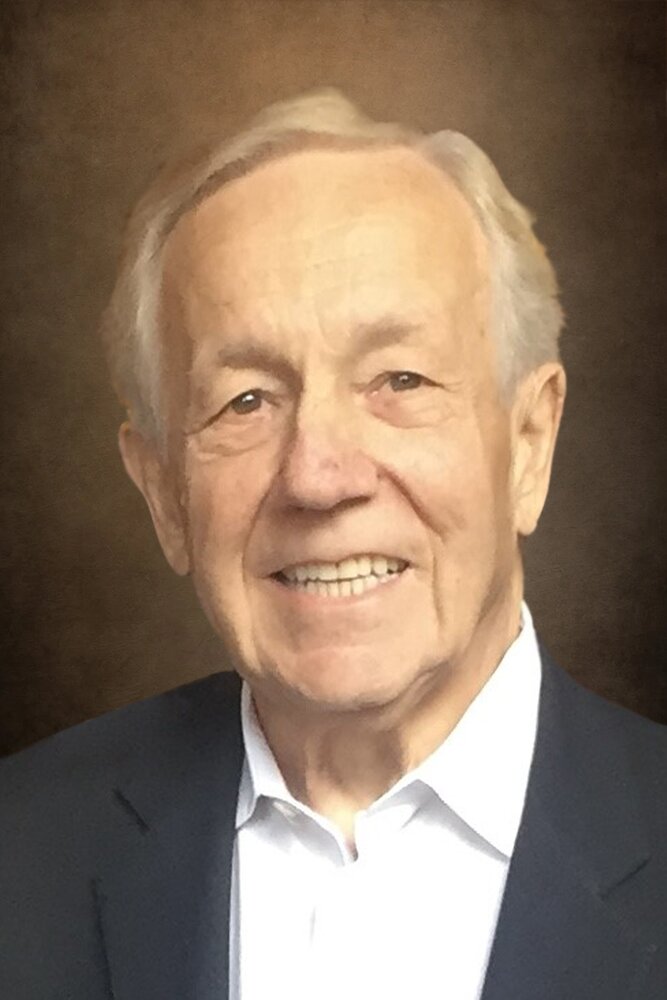 It is with heavy hearts that we announce the passing of our beloved husband, father and grandfather, Chrys, on December 11, 2022, at 79 years of age. Chrys is survived by the love of his life, Kaye Dunlop, his children Geoff (Mandy), Todd, Jon (Alanna) and Elizabeth, and grandchildren, Presley and Sterling.

Chrys was born and raised in Winnipeg which he called his home for his entire life. He grew up surrounded by a large and loving family who impacted his early years in many ways. Chrys’s mother and father, Isobel (Kelekis) and Bill, instilled in him and his brother, Jimmy, a strong work ethic at an early age and it was working in their Dad’s restaurant, Willy’s, and alongside their aunties at Kelekis Restaurant that they honed their love for conversation and meeting people.

Chrys knew everyone. Everywhere he went, whether it be quickly heading to Midtown Car Wash or Metro Cleaners, he would spend hours visiting with those he encountered. Those he considered a friend were numerous and will remember his joyous nature coupled with his booming laugh, which was always at the centre of every occasion.

When visiting Alice Springs, Australia, with Kaye in 1989, Kaye bet Chrys that this might be the only place on earth that he wouldn’t know a soul. A few minutes later, Chrys was tapped on the shoulder by a long-time Winnipeg Squash Club friend.

Chrys was an enthusiastic athlete from a young age with a passion for football and hockey. He was a star athlete at Kelvin High School, and through sports made lifelong friends. Chrys’s athletic pursuits extended to his years at United College and law school, where he enjoyed his time as a member of Delta Upsilon. His fraternity brothers were his brothers for life.

Chrys loved telling stories, which were often long-winded and typically improved with his elegant touch of exaggeration. If you ever had the pleasure of hearing one of his classic tales, the stories were never told the same twice, which added to their excitement. He was an exceptional conversationalist and truly made those he spent time with feel genuinely important.

Almost more than anything, Chrys loved being a lawyer and practising law, which he enjoyed doing for 54 years. He joined Thompson Dorfman Sweatman LLP in 1989, by which time he had developed a reputation as being one of Manitoba’s most distinguished corporate commercial lawyers. During his career he was repeatedly recognized nationally in the areas of banking and finance law, and commercial real estate. He was a Life Bencher of the Law Society of Manitoba, a Life Member and President of the Manitoba Bar Association, and served as the President of the Canadian Bar Insurance Association for many years, during which he made life-long friendships with lawyers from across the country.

Chrys led by example and giving back to his community was no exception. He served as the Chair of the Board of Governors of Balmoral Hall School, was a director of Special Olympics Manitoba, a long-time season ticket holder and director of the Winnipeg Football Club, and a Regent of the University of Winnipeg. He cherished all of the relationships he made along the way in both his professional and volunteer commitments, and made everyone he interacted with feel valued.

Chrys fought his long and challenging battle with cancer with a positive attitude and unparalleled spirit. Throughout his journey he was supported by many wonderful healthcare professionals, including Dr. Darrell Drachenberg, Dr. Joel Gingerich and his trusted nurse Cheryl. We will be forever grateful to Palliative Care Manitoba for their compassionate attention to Chrys over his last several months. Thank you to Lisa, Andre and Erin and the staff at 3E wing at Riverview Health Centre, especially the care of Dr. Hiebert in Chrys’s final weeks.

Most of all, Chrys loved his family. In the end, it was his love for those closest to him that kept him going. He just didn’t want to leave.

A funeral service will be held for Chrys on Saturday, December 17, 2022 at 12:30pm at St. Demetrios Greek Orthodox Church located at 2255 Grant Avenue. In lieu of flowers, donations can be made in Chrys’s name to CancerCare Manitoba or Riverview Health Centre.

Share Your Memory of
CHRYS
Upload Your Memory View All Memories
Be the first to upload a memory!
Share A Memory
Send Flowers
Plant a Tree