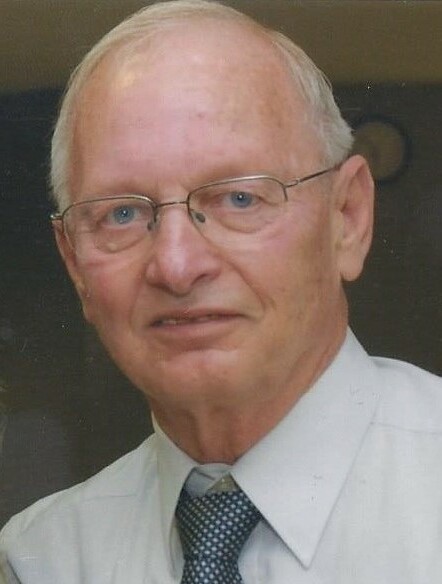 It is with heavy hearts we announce the passing of Edward on Wednesday November 30th at Health Science Centre, with family by his side.

“Eddie” as he was lovingly referred to by family and friends worked for Manitoba Telephone System for 36 years and was a member of St. Peter’s Roman Catholic Church where he was active with the 5:00 p.m. choir and Men’s Club. A self-taught musician, he played a number of instruments. He enjoyed playing sports in his early years and continued to play golf even as he lost most of his vision. He amassed a collection of antique telephones and coins, which he was incredibly proud of.

Ed started dating Yvonne at 15 years of age, they married in 1968, moved to Winnipeg in 1973 where they raised their family and had a successful partnership of over 60 years. He loved “his girls” very much, and we knew it. Dad was our handy-man who could always fix anything, and always had multiple projects on the go.

Grampsy was the title he cherished most, and it was evident by his actions that he would do anything and everything for his six grandchildren. He liked attending their sporting events, supporting them in their other endeavors, and just spending time with each of them. He was generous and giving and especially enjoyed family trips. He really hoped to be able to take just one more trip with all of us.

Unfortunately, Ed had many chronic health issues over his lifetime, including Crohn’s disease and Macular Degeneration, which really affected his quality of life. These last years of his life were particularly challenging and he often suffered in silence while still doing his best to engage in the activities he enjoyed with the people he loved.

Cremation has taken place. A Funeral Liturgy will be celebrated Wednesday, December 7, 2022 at 11:00 a.m. at St. Peter’s Roman Catholic Church, 748 Keewatin Street. A reception will follow immediately after the service. Entombment of ashes will follow at a later date in Queen of Heaven Mausoleum at Assumption Cemetery with immediate family.

In lieu of flowers, the family requests you consider a donation to Crohn’s and Colitis Canada as Ed was a volunteer for the Manitoba Chapter for many years.