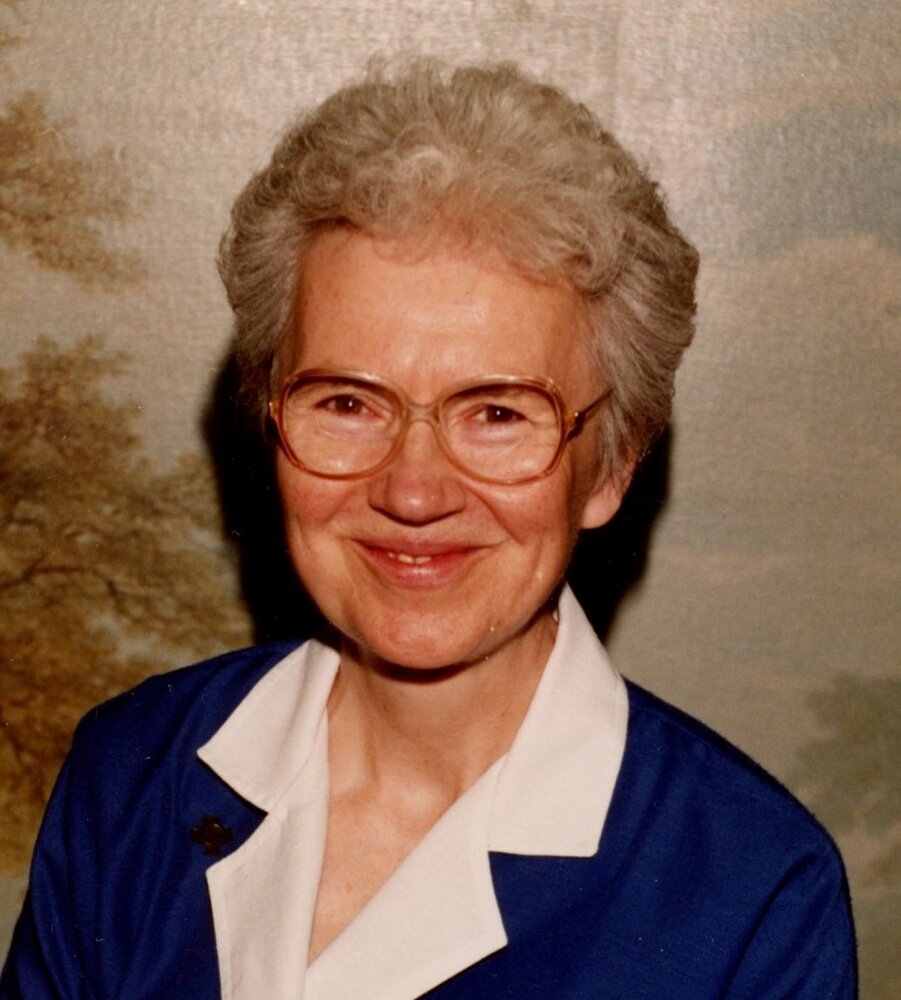 It is with gratitude for a life well-lived that the Sisters of St. Benedict announce that Sister Catherine Josephine Labinowich passed away on November  26th at the age of 93 years.

Catherine is survived by her brother Ed.  Her parents and sister-in-law Shirley preceded her in death.

Born in Winnipeg to John and Mary Labinowich in 1929, Catherine was soon joined by her brother Ed.

After graduating from public high school, Catherine worked as a teller at a local bank. Her early association with the Benedictine Sisters at St. John Cantius parish led Catherine to enter the Motherhouse in Arborg, MB in 1950 along with friend Mary Rose (Anselm) Hammerling.

Between 1954 and 1979, besides teaching school, Catherine, known then as Sister John, achieved not only her Bachelor of Science and Bachelor of Pedagogy degrees, but three University Masters’ degrees in Canada and the U.S.  In 1961 she helped launch the new St. Benedict’s Academy on the outskirts of Winnipeg in West St. Paul, where she taught Religion, Chemistry and Math. She was known everywhere for her gentleness and patience.

In 1970, fresh from Masters Studies in Berkeley, California, Catherine was entrusted with the Monastery’s ministry, the newly-minted Educational Centre. There, she launched and assisted in many spirituality programs such as Seeking for persons entering the Catholic community, (later known as the RCIA), and Genesis 2, a year-long spirituality program and was on the team for the first Shekinah formation program for spiritual directors. In the late 1990’s Catherine agreed to lead the Centering Prayer programs, inviting Fr. Thomas Keating to Winnipeg twice and training many facilitators. Catherine has been affectionately called the “Grandmother of Centering Prayer in Canada.”

Catherine served as prioress of the community from 1988-92 and also served  her monastic community on many committees and teams where she worked quietly and accomplished much.

Catherine treasured the opportunities she had teaching adults in Belize, Central America, and being able to go on a pilgrimage to the Holy Land. She enjoyed the outdoors, admiring nature in all its forms. She loved solitude and silence.  Reading, listening to classical music, cross country skiing and playing Scrabble were some of her favorite pastimes.  Catherine had a precious and unique sense of humor.

At Holy Family Home, where Catherine spent her last years, she showed the same cheerfulness and peace that she was known for in her ministry and community life.  The Benedictine community is grateful for the loving care given to S. Catherine from her first day there until her last.

She will be missed by her Benedictine community and by many others whose lives she touched.

The Funeral Liturgy will be celebrated at 10:30 a.m. on Wed. Dec. 14th at St. Theresa’s Roman Catholic Church, 3597 Main St. in West St. Paul. While flowers are gratefully declined, donations in Sister Catherine’s honour can be made to St. Benedict’s Monastery for furnishings in the new Monastery Chapel.

Share Your Memory of
SISTER CATHERINE
Upload Your Memory View All Memories
Be the first to upload a memory!
Share A Memory
Send Flowers
Plant a Tree