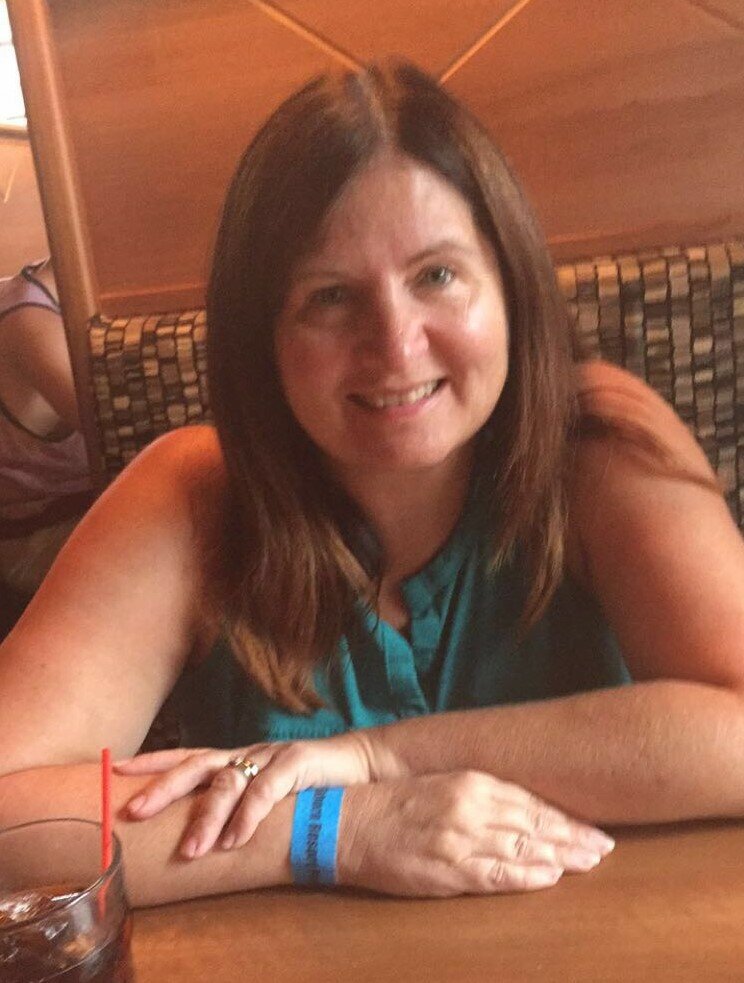 Peacefully, with the love of her life holding her hand and her children, her pride and joy, by her bedside, Karen passed away at home on the morning of November 23rd, 2022, after a hard-fought battle with cancer.

Karen was born on March 1, 19 sixty something (a lady never reveals her age). She was predeceased by her mother Marjorie in 1982 and her father Henry in 1995.

Karen was born and educated in East Kildonan/North Kildonan where she met her lifelong friends Pina and Meighan. As a youth, Karen played field hockey for Munroe Junior High, bowled at Roxy Lanes, and took highland dancing. She also enjoyed her piano and accordion lessons.

As a child, Karen was fortunate to have done some traveling, trips to PEI, BC, California (Disneyland), Florida and Hawaii with her family. When she was in her early twenties, Karen and Meighan took a 6-week trip to Europe.  As a family, we were able to vacation in Cuba, Mexico, and Disneyworld and took driving trips to Mount Rushmore and Banff. Karen had a special place in her heart for the Lakeview Resort at Hecla Island and Clear Lake, Manitoba.

Karen was employed as a Speech and Language Pathologist in the Seven Oaks School Division, where she made many good friends. She thoroughly enjoyed her profession and the challenges that came along with it.  The only part of her profession that made her feel sad was seeing an empty desk in a classroom, because that meant that a student was not at school learning, having fun and making friends.

Al and Karen met in early April 2002, and they had their first date on April 13, 2002.  Part of the date consisted of a walk in Kildonan Park with Al’s dog Bear. It was during that walk that Al realized he might have a “keeper” in Karen, pretty with beautiful blue eyes, funny, smart, a wonderful outlook on life and the future.  He could only hope that she had the same opinion of him. She did! And after a whirlwind romance, Jackson was born on October 15, 2003, then came Julia on June 30, 2005 and on October 21, 2006, they were married at the St. Boniface Golf and Country Club.

If one were to ask Karen what her biggest accomplishment was, without hesitation, she would say her family, she was extremely proud of her children and the respectful and responsible young adults they became. Karen was also a dance, hockey, and karate mom! She truly enjoyed and looked forward to the big family dinners we would host and attend with my family and the Pesclovitches. She also enjoyed the occasional cocktail with her sister, as well as their annual outings to Shakespeare in the Ruins and Ballet in the Park. And Thursday night wine club night with Meighan and Karen.

In her spare time (about 30 minutes a day!), Karen enjoyed reading and going over Jackson’s and Julia’s homework.

Karen and Al shared a common interest in music, particularly Canadian classic rock. They attended many concerts together and went out to support local bands at various venues throughout Winnipeg.

A huge, heartfelt thank you to our family, friends, co-workers, and neighbours who offered their sympathy, words of encouragement and for all the meals that were dropped off at our home.

Our family would like to thank the staff at the St. Boniface Hospital Palliative Care for the unbelievable care they provided Karen over the last several months.  There was not an appointment at the various hospitals that was ever cancelled, changed, or delayed.  The wonderful nurses, who came to our home daily to check on Karen, made our lives easier.  The home care aides were simply the best, so kind and gentle.

Flowers graciously declined. Donations can be made to CancerCare Manitoba https://www.cancercare.mb.ca/Ways-To-Help/donate

or a charity of your choice.

Now there's tears on the pillow
Darling where we slept
And you took my heart when you left
Without your sweet kiss
My soul is lost, my friend
Now tell me how do I begin again?

Share Your Memory of
KAREN KATHERINE
Upload Your Memory View All Memories
Be the first to upload a memory!
Share A Memory
Send Flowers
Plant a Tree