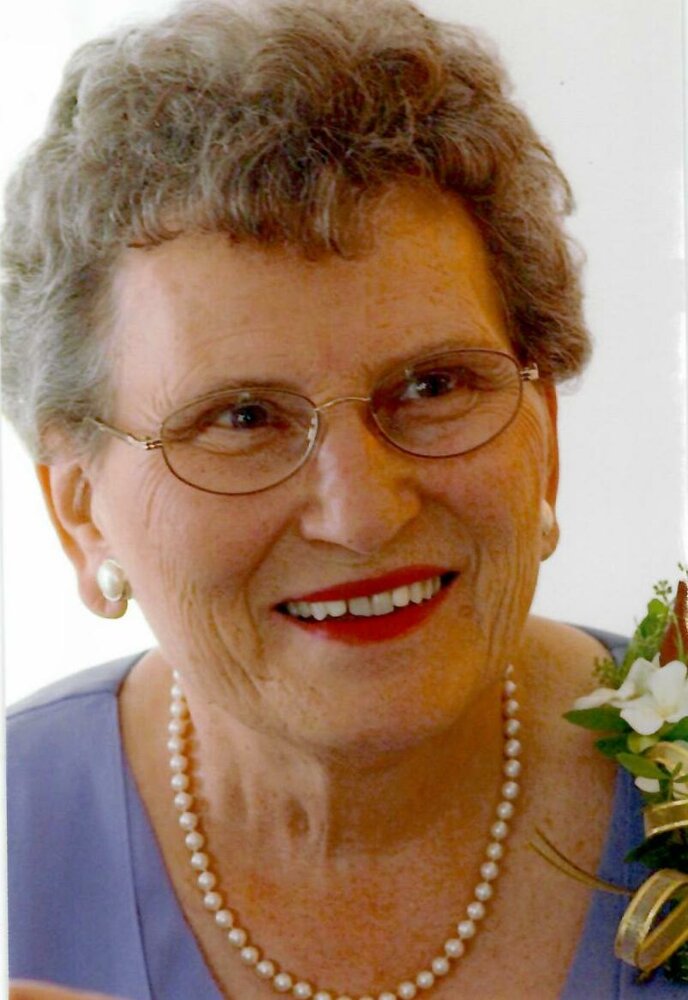 Peacefully, with family by her side, Mary Kuzminski, of Winnipeg, passed away at St. Boniface Hospital on Wednesday November 23, 2022 at the age of 93.

Mary will be lovingly remembered by her son Greg (Kim), and their children Christopher (Angela) Kuzminski and Caroline (Corey) Doucette; daughters Kathy (Gary) Bailley, and Margaret Kuzminski, and great grandchildren Michael, Olivia, Penelope and Louis, all of Winnipeg; brother Walter (Doreen) Byskal of Whitecourt Alberta, and many relatives.  She will be sadly missed not only by her family but by her cherished friends.

Mary was born on September 21, 1929, in Winnipeg, Manitoba. She grew up on the family farm in the RM of Springfield and helped out with farm chores and market gardening. Mary pursued a career in teaching and after graduating from Normal School in 1949, taught in rural Manitoba and Winnipeg before settling down with Mike in 1955 to raise their family in North Kildonan. She later continued teaching at River East Transcona School Division as a substitute teacher.

Mary’s love of her family was an important part of her life which was filled with happiness and adventure. Many family celebrations were enjoyed over the years at home and at the cottage, often culminating in rousing games of Scrabble - a game Mary excelled at. Mary and Mike traveled extensively throughout North America, and abroad, often accompanied by family and friends.

Mary and Mike were founding members of St. Anne Ukrainian Catholic Church. Mary served on the first executive committee of St Anne Ukrainian Catholic Women’s League in 1960 and has volunteered in many capacities in her 60+ years of membership and service. Mary had a deep devotion to God and to the Blessed Mother for whom she was named. Mary lived by her faith every day, faith which she passed on to her children.

Mary was an active and caring woman who spent most of her life thinking about others. Her volunteer work included visiting the sick at St. Boniface and Misericordia Hospitals and Holy Family Nursing Home. Mary was an avid reader and enjoyed sewing, oil painting, square dancing, singing in the parish and Millennium choirs.

Prayers will be sung on Tuesday, November 29 at 7:00p.m. at St. Anne Ukrainian Catholic Church, 35 Marcie Street. Divine Liturgy will be celebrated on Wednesday, November 30 at 10:00 a.m. also at the Church. Interment to follow in All Saints Cemetery.

The family would like to thank Dr. John Rabson, and the doctors and staff of 4E at St. Boniface Hospital for their care of Mary.

If so desired, donations may be made in Mary’s memory to the St. Anne Ukrainian Catholic Church Building Fund.

Forever in our hearts

Share Your Memory of
MARY
Upload Your Memory View All Memories
Be the first to upload a memory!
Share A Memory
Send Flowers
Plant a Tree