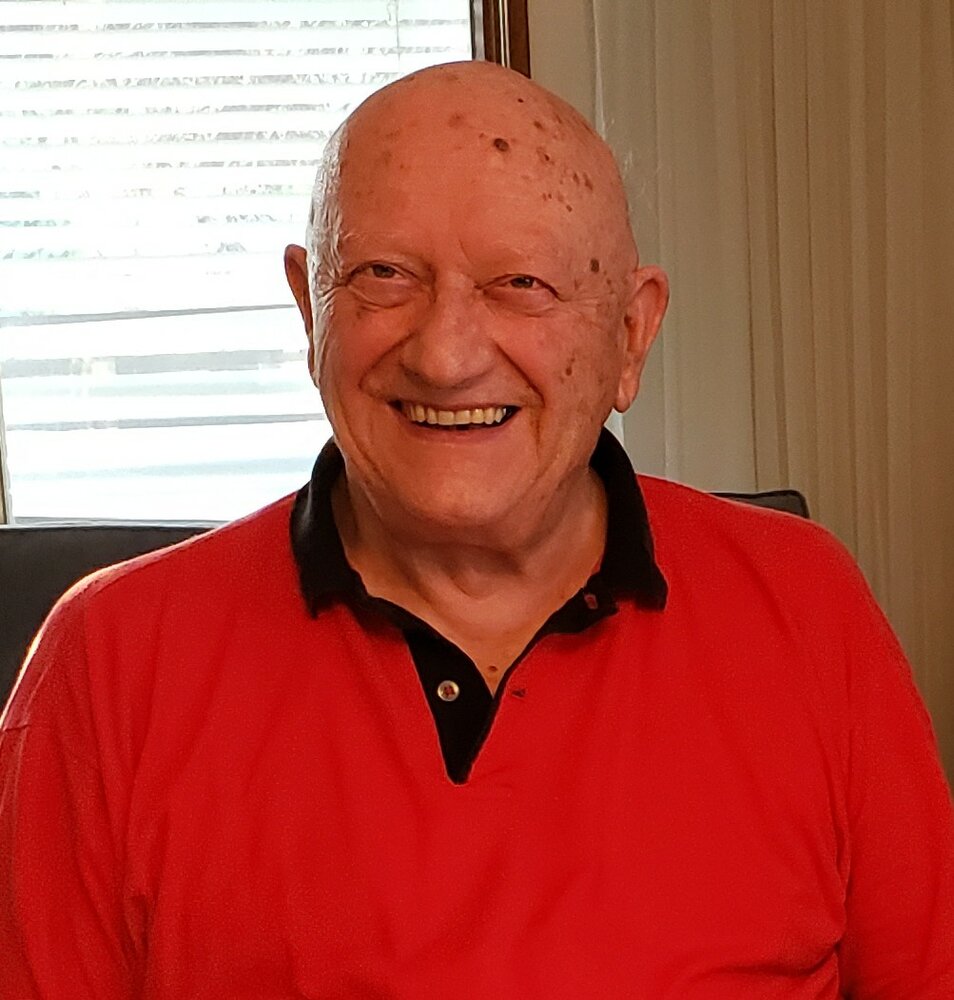 Peacefully Tuesday October 25 John Tymkiw passed away after a brief illness, with his family by his side. He is survived by his wife Olga of 67 years and daughter Patricia Tymkiw and husband Jeff Kachur as well as extended family in Canada and Ukraine.

John is predeceased by his parents Vasyl & Maria, his brother Andrew and nephew Andrew.

John was a loving and devoted husband and father. He was a long serving member of the Knights of Columbus, a chartered member of the St. Josaphat Council #4138 and 4th Degree of Canon Luhovy Assembly #0374, as well as serving on the parish council of St. Vladimir and Olga Cathedral.

Rosary, prayers and Funeral Service will be held at St. Vladimir and Olga Cathedral, Thursday November 10, 2022 at 11:30 a.m., interment to follow at Chapel Lawn

The family would like to thank Dr. Terry Babick, Dr. Cho and the 4th floor nurses at Grace Hospital for their excellent care.

In lieu of flowers, please consider a donation to CancerCare Manitoba.

Dad loved to sail, may the lake forever lie smooth before you, may sunshine warm your face and a gentle breeze forever fill your sail, and until we meet again may God bless you and keep you safe.

A Memorial Tribute to Sir Knight John Tymkiw by

The Knights of Columbus, St. Josaphat Council No. 4138 and Canon Luhovy Assembly No. 0374

It was with great sadness when the Knights of Columbus were informed of the passingof Sir Knight John Tymkiw on Tuesday, October 25, 2022.

Sir Knight John was a Charter Member when he along with fourty one Catholicgentlemen who in 1955 formed St. Josaphat Council No. 4138, proud to be the first Ukrainiancouncil in the Order. Sir Knight John became very dedicated in the activities and events ofthe council including the maintenance of Ukrainian Park, the construction of the Grotto atCooks Creek. Sir Knight John loved serving our beloved wives. The council honored all ladiesat a “Ladies Night” banquet. Sir Knight John united several brother knights at Christmas andsang the traditional Christmas carols at The Holy Family Nursing Home and all the shut-inbrother knights at their homes.

Sir Knight John served the council in various capacities including Chairperson of thecouncil’s Inter-Council Charities Drive committe. He also served as a member on the Boardof Directors of Saint Josaphat Selo Villa. He was elected Grand Knight in 1986 and serveduntil 1988. He was elected a second term in 2004 until 2007. He was elected to Manitoba StateCouncil where he served as State Warden. He was the Honorary Chairperson in 2005 for theGolden Jubilee Gala Celebration of St. Josaphat Council.

Sir Knight John was exemplified to the Patriotic Degree of the Knights of Columbus,St. Josaphat Local Assembly No. 0374 which was later renamed Canon Luhovy Assembly No.0374. He participated as a member of the honor guard whenever called. One of his favoritepassions was to serve his civic and religious communities to the best of his ability.

The executive officers and members of St. Josaphat Council No. 4138 and CanonLuhovy Assembly No. 0374 offer their sincerest condolences to Lady Ollie, daughter Pat andson-in-law Jeff. May Sir Knight John’s memory be cherished forever. Rest in Peace.