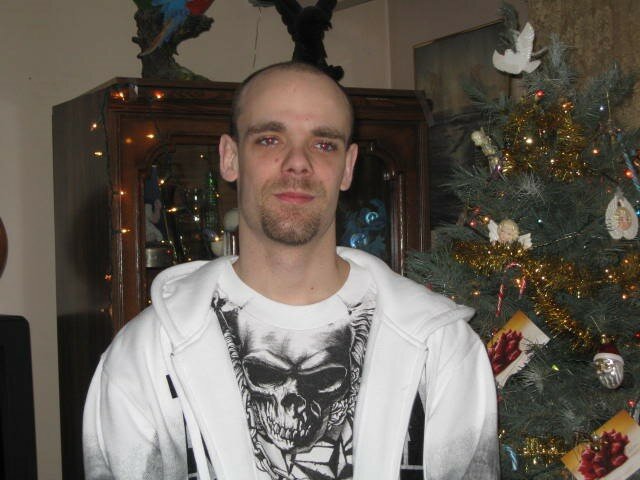 Chris was born on the 27th of October in Winnipeg, MB. He is survived by his parents Abraham and Norene Funk, his brother Michael, sister Stephanie, and his two nieces and three nephews.

Though many knew Chris through the lens of the addiction he battled for years, his addiction did not define him. Those who had the fortune of knowing him could see that Chris was an unendingly kind and unselfish man, with a terribly stubborn streak. He had a deep curiosity and joy for life. He will be dearly missed.

When he was small his stubbornness meant that he would always find a way. When he was two, he could be seen playing pool standing on a stool when he was not yet tall enough to see over the table. When he was a little older, his stubbornness led him to compete in kickboxing alongside his dad and his brother, despite facing opponents three times his size. As he grew, his stubbornness translated into an intense loyalty and his pain into deep compassion for those who he could see were also hurting. There are many occasions that this compassion led to him giving the literal shirt off his back to someone with less, or taking them to his mom’s house to take a shower or do a load of laundry even while he himself was homeless. He was loved by many who will continue to cherish the time and memories they share with him.

An in-person service is planned at New Life Ministries, 514 Maryland, for 11 am Saturday, the 29th of October, followed by a light lunch. To attend over Zoom, please contact their office at nlm1@shaw.ca.

The family would like to thank Cropo Funeral Chapel and New Life Ministries for their help and support during this time.

Online condolences may be shared with the family at www.cropo.com

Share Your Memory of
CHRISTOPHER
Upload Your Memory View All Memories
Be the first to upload a memory!
Share A Memory
Send Flowers
Plant a Tree