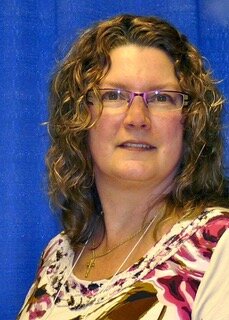 Constance passed away suddenly on Sunday, October 9th, 2022 at the Health Sciences Center at the age of 66. She had very recently been diagnosed with cancer, but the passing was still unexpected as her prognosis was for a period of longer survival.

She is predeceased by her father David Sawatzky and her brother Lloyd Sawatzky (Yvonne). She is survived by her loving Husband Brian, mother Liliane, brother Gerald, sister Jodi (Joe) and nephews Adrian and Jonathan.

Born in Kirkland Lake Ontario, her early childhood was spent in Virginiatown, Northern Ontario where her father was a hard rock miner.  She often spoke of how wonderful it was to live in a small town that was so close to nature. An injury to her father caused the family to move to Manitoba where she grew up, attended high school at St. John’s High School and graduating from West Kildonan Collegiate.

Family was always important to Constance. She came from a huge extended family and there were often gatherings of uncles, aunts, and cousins at the family home where everyone shared meals and stories. She always cherished those memories and saw “family first” as an ideal.

After high school she set out on her own and worked for the Canadian Wheat Board in Grain Accounting for 5 years.  She and Brian started their dating relationship and married in 1984.

It was during this time that she decided that serving people was her calling, so she enrolled into the nursing program at the Health Sciences School of Nursing, the career that she held until her retirement. She worked at the Health Sciences Centre in Winnipeg initially in Neurology, then Medical Intensive Care (MICU) and finally; after injuries forced her away from the bedside, the Data Collection Department. It was a 35-year stint.

This was a life filled with activity and service.  Constance was always joining projects and volunteering. For many years she was the team Trainor for the. St. John’s High School football team. She joined the West Kildonan recycling program, volunteered every year at the Manitoba Marathon medical tent, and worked medical at the Pan American Games to name a few.

She enjoyed travel immensely. She and Brian embarked on several types of trips, from Canadian Shield hiking and canoeing trips to overseas travel. She particularly enjoyed backpacking through Central America in 1996-97 and Asia, Australia, and New Zealand in 2002-03.

At home, she and Brian were avid gardeners. They took great pride in the annual rituals of planting, weeding and enjoying flowers. These were enjoyed by daily walkarounds followed by afternoon tea.

Constance was an active member of the Catholic Women’s League. She rose to executive positions in councils and boards. At the time of her passing, she was President Elect of the Provincial Council of the League. She was passionate about supporting social justice.

Animals held a special place in her life. She always had pets, mostly cats. She believed that animals needed our protection, love and care.

A portion of Constance’s income was always reserved for donations to good causes and charities. She supported CancerCare, The Winnipeg Humane Society, Rossbrook House and Siloam Mission among many others.

The family wishes to thank the members of the medical family at The Health Sciences Center; some of whom were former colleagues, for their care.

Share Your Memory of
CONSTANCE
Upload Your Memory View All Memories
Be the first to upload a memory!
Share A Memory
Send Flowers
Plant a Tree