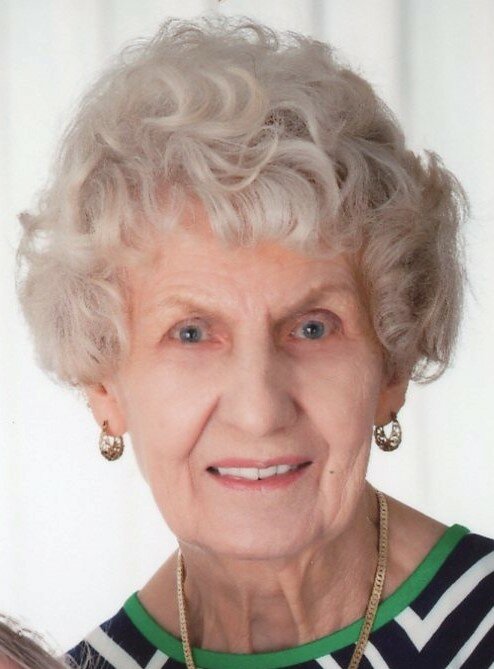 It is with great sadness that we the family of Eugenia Jean Michasiw announce her passing on Tuesday, September 27, 2022 at Seven Oaks Hospital.

Born to William & Maria Zachary on December 16, 1932 in the district of Arran Nesna, Saskatchewan she is preceded by her loving husband Harry, her parents William & Maria, sisters Emily, Stefanie, Katherine, Victoria and Anne.

Eugenia grew up on a farm and at a young age left for the city to find employment.  She made many friends which she kept in touch with until the last of her days.  She met her husband Harry in 1955 and they married a year later on May 20, 1956.  They had sixty-three years of wedded life before Harry passed away in September 2019.

Eugenia & Harry lived in their much-loved house for forty-one years but decided to make a move at a younger stage of their lives and moved to the independent tower at Holy Family Home where they enjoyed it immensely making it their home from 2005 until present day.  They enjoyed many social gatherings, made many friends and were especially fond of the beautiful chapel as faith was very important in mom and dad's life.

Mom always had a beautiful garden of vegetables and flowers so when they moved into the tower, she and dad continued to plant and make the ground areas beautiful for everyone to enjoy.  Shortly after they moved in, dad suffered a series of strokes and life suddenly changed for the both of them. Mom remained devoted to dad in assisting him in day-to-day issues for twelve years until his passing.

Donations can be made in Eugenia's memory to the Blessed Virgin Mary Church.

Share Your Memory of
EUGENIA
Upload Your Memory View All Memories
Be the first to upload a memory!
Share A Memory
Send Flowers
Plant a Tree