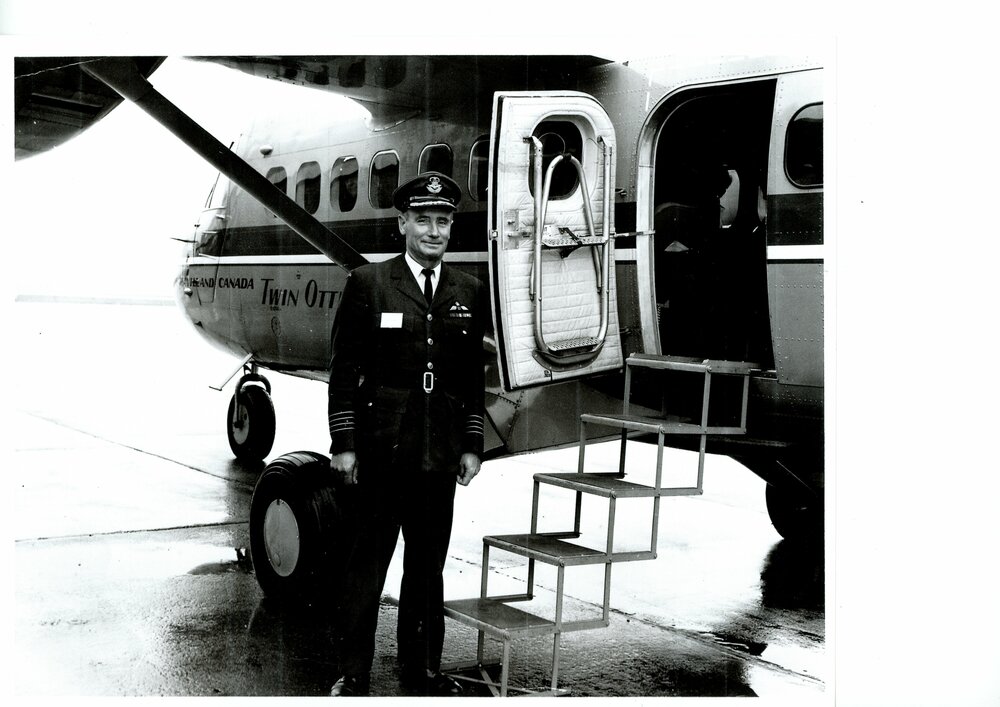 Please share a memory of DAVID to include in a keepsake book for family and friends.
View Tribute Book

David was born in Carberry, MB. In 1921 to Scottish parents who were farmers at Laurier, MB.  He is survived by daughter Colleen (Alan), grandson Trevor, son Garry (Noel), and sister Maisie Benson.  He was predeceased by his parents Henry and Isabella,  brothers Harry (Rita), Donald (Ann), and sister Nancy.

David went to school and worked in Laurier until 1940 when he joined the RCAF as an Aero Engine Mechanic, then in 1942, he enrolled in Pilot’s training.  Upon completion of pilot training, he served in a Hurricane Reconnaissance Squadron on the East Coast until the end of World War 2; at which time he joined the 402 Auxiliary Squadron in the fall of 1946 and continued in various capacities until 1970.  During this period, he became Commanding Officer of Squadron 402 of 17 Wing and finally Air Division of Western Canada accumulating many hours of flying on many different types of aircraft.  When the war ended, he was employed by Winnipeg Hydro where he remained for 39 years at which time he retired as Superintendent of Electrical Equipment and Building Maintenance.

In 1951 he purchased 2 lots on Lake Manitoba (Twin Beaches) where he built 2 cabins.  David enjoyed many years of enjoyment at Twin Beaches up until his 98th year of life.  For 6 months of the year, he spent with his 2nd wife, Irene at Casa Del Sol in Donna Texas where they were very active socially for many years.  For his remaining years since 2013. He purchased and lived in a condo in Stonewall where he received assistance with daily living from IERHA Home Care and of course many neighbors and friends from the condo complex whom we graciously thank for all of their assistance.