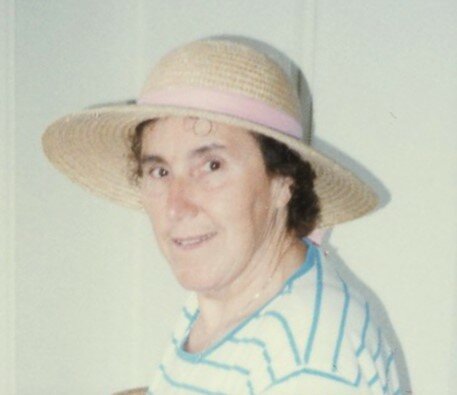 Please share a memory of KATARINA to include in a keepsake book for family and friends.
View Tribute Book

Mama was born in the town of Seta Marija, Croatia, born to Ivan and Ana Jambresic.  She was one of eight children - 2 brothers, 5 sisters and survived all except two of them who are still in Croatia.  She was the only one in her family to settle in Canada.

Mama and Tata went to Austria to get work and eventually decided to immigrate to Canada. This would have been a difficult decision at that time to leave the family and start a new life with her husband.

She was pregnant with John during the ocean voyage and arrived in Montreal August of 1958.  John was born shortly after her arrival.

With her husband they settled in Winnipeg and she made a home for them.  Several years later their second child was born, Rosemary.

One of her proudest moments was the birth of her grandson Evan Andrew.

Mama was the glue and she took a lot of different jobs to ensure the family had what it needed.  She worked as a seamstress for many years, also at St. Amant Centre and at two different family business. Like I said she did it all and she did it well.

She loved her garden especially her vegetables and flowers.  Those vegetables often ended up in her soups and we all loved her soups; she was a great cook. Also, a great baker, we can all still taste her pumpkin strudel.  One of her greatest loves other than the family was her dog Gypsy who she will meet again on the other side - as all dogs go to heaven.  She often played bingo at the Legion or wherever she could.  In addition, she loved to go swimming, watching game shows on TV and her scratch tickets.

In her later years she moved to Seine River Retirement Residence and enjoyed being around people her own age.  We always joked it was a frat house for seniors.

In closing trying to describe a person’s life in a few words is impossible.  Trying to demonstrate her accomplishments is also impossible but when she is standing in front of the gates of heaven and the Lord asks why should I let you in?  She just has to point at her family and say I did good.

Mama is survived by her two sisters Angela and Ana, and lovingly remembered by her children, John (Tracey), Rosemary (Chris), and grandson Evan (Katrina).

A private family service has been held. Flowers and donations gratefully declined.

Share Your Memory of
KATARINA
Upload Your Memory View All Memories
Be the first to upload a memory!
Share A Memory
Send Flowers
Plant a Tree