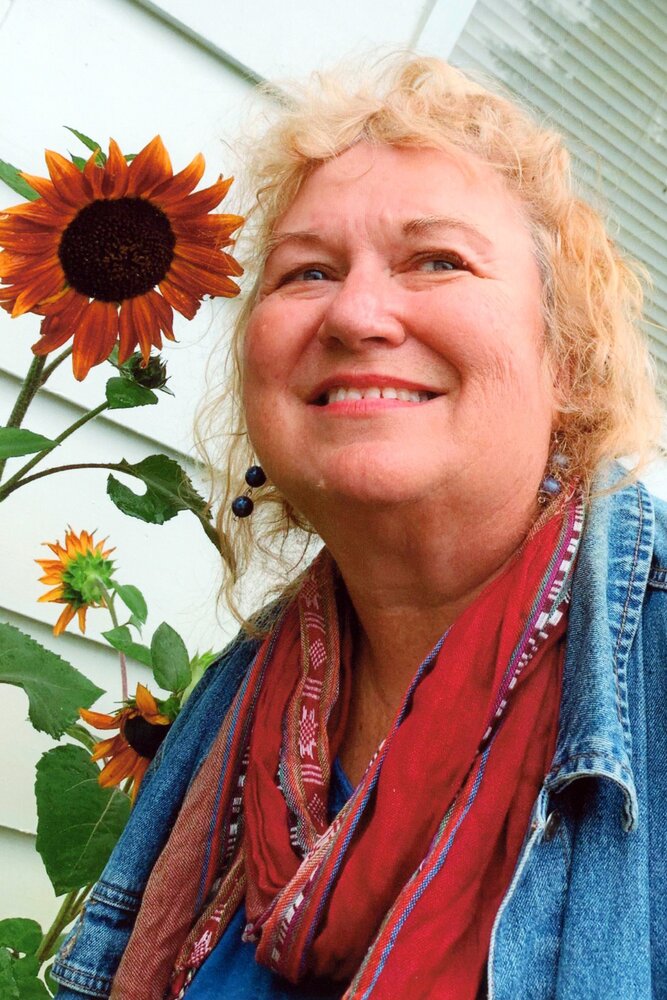 Please share a memory of MARIE to include in a keepsake book for family and friends.
View Tribute Book

Marie Louise Mendro (nee Van Schie) was born in Winnipeg on May 23, 1960.  She was the second child and first daughter of Eric and Gertie (nee Zonneveld) Van Schie.

MaryLou possessed a strong education ethic throughout her life. Her early school years were at St. Alphonsus and St. Ignatius, followed by St. Mary’s Academy from which she graduated in 1978.  Studying at University of Manitoba, MaryLou earned a Bachelor and Master of Arts (economics). She also attended a year at Laval University in Quebec to learn French and become bilingual.  While studying, MaryLou worked part time at Safeway, College Painters, and Rossbrook House.

MaryLou’s career started as a Development Officer for the Eastman Regional Development Corporation. This meant a move to St. Pierre, Manitoba where she resided in an apartment in an old convent. Many of MaryLou’s friends made the trip to this unique spot where a great time was always had by all.  When MaryLou became General Manager of the development agency she moved to make her new home near the head office in Beausejour.

MaryLou met Greg Mendro during these years and they both moved to the city to be together. They were married on Nov 30, 1991 by Father Sam Argenziano at St. Anthony of Padua Church.

At first, MaryLou tried hard to get the boys to share her love for soccer. It seemed to work and the “H word” was never mentioned until Marty came home in grade three and said his buddies were playing hockey and he was eager. Monty soon followed and then Max. And so began the “three M Hockey Odyssey”. This involved busy winters of games and practices all over town – in three different age groups! It was a great experience travelling to tournaments in America and rural Manitoba. MaryLou was their best cheerleader all those years. In the summer, she encouraged the boys to play baseball and to become umpires too.

The family spent two decades of August vacations at Devo’s cabin at Millwater on Lake Athapapuskow north of 54 (near Flin Flon).  MaryLou was an avid fisher and was always ready to drop a line – inspiring her boys to become lake enthusiasts. The Van Schie family cabin at Gimli was another favorite spot.

Music was a big part of her life too. LuLu Darling, as she was known to many, was a pianist and often played her favourite pieces from her lesson days to keep her skills sharp. She motivated her boys to play as well and they all took lessons through their school years.

Together as a couple they had a very large extensive music collection which included albums, cassettes, music videos and CDs which the boys gravitated to, learning all genres of music, (okay, mostly rock) from which superb playlists now exist!

LuLu Darling was also an extremely talented painter. Their house has become her gallery.  She painted pictures of the different cabins at Millwater and each hang on the walls of that particular cabin, a gift well received and cherished. Many of her friends have an original M Lou artwork adorning their walls.

Seeking to continue part-time work to juggle with child rearing, MaryLou joined Probe Research in 2001 and worked there for almost two decades. She totally enjoyed the job, especially being the Water Lady! (ie: industry expert on public attitudes to drinking water).

She was then hired on at Stats Canada for bilingual interviewing and had just had her term renewed.

Greg and MaryLou bought their own Millwater Cabin in 2015 and summer trips even more eagerly anticipated. Many a great day was spent in the boat fishing or finding the perfect picture to paint.  It was becoming their piece of Nirvana.  Grandson Monty visiting them last summer put it over the top.

MaryLou had a strong work ethic with a task-oriented approach, something she instilled in her sons in her own natural way. She was finally talking about the “R word” as some of her close friends were making the leap.  To quote Lou Reed, “It’s the beginning of a great adventure!”

MaryLou leaves behind her best friend and husband of over thirty years Gregory, sons Martin and his new bride Brianne, Monty and Mel with their two sons Monty Jr. and Matteo, and Maxwell.  Also left to cherish MaryLou’s memory is her father Eric, older brother Jake (Linda), sisters Johanna Tucker and brother-in law (Bob) and Shirl, and her younger brothers Neil (Shannon) and John. MaryLou is survived by three nieces and three nephews, Sarah, Ashley and Robbie Tucker as well as  Hannah, Josh and Willem Van Schie. She was pre-deceased by her Mother Gertie and brother-in-law Jim Sanford, and parents-in-law Pearl and Peter Mendro.

She will also be missed by many aunts, uncles and cousins in an extended Dutch family and many dear cherished close friends.

She was an awesome lady with a one-of-a-kind life filled with music, art and uncompromising love and affection! SHE IS AND WILL BE MISSED DEARLY!!

Share Your Memory of
MARIE
Upload Your Memory View All Memories
Be the first to upload a memory!
Share A Memory
Send Flowers
Plant a Tree