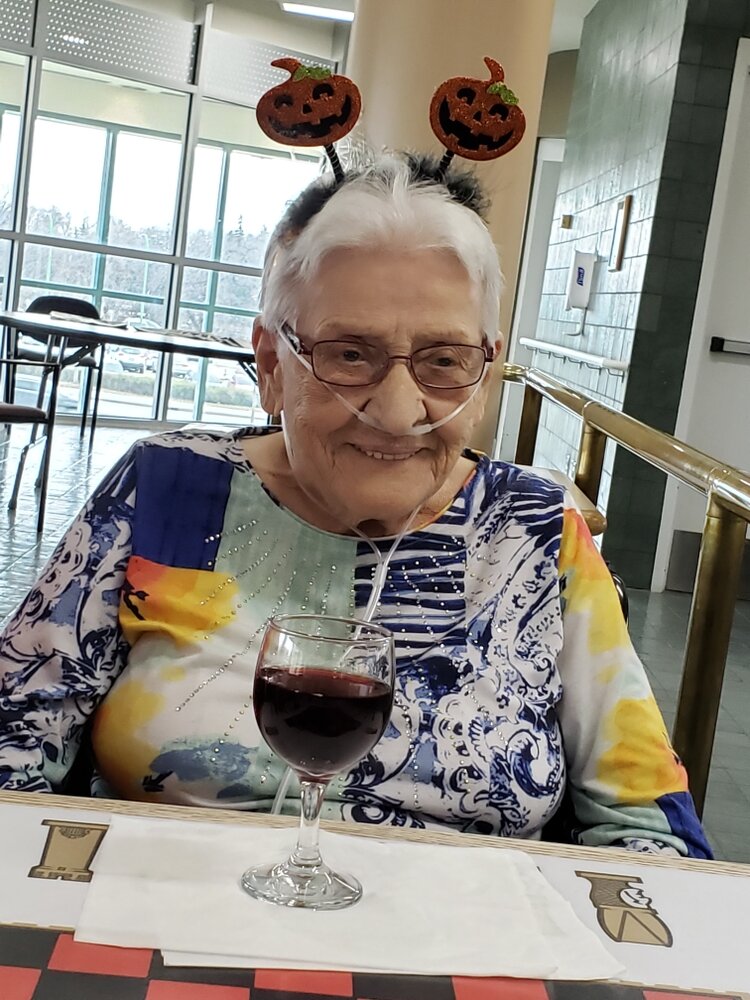 Angeline Olive Ritchot passed away suddenly on July 27, 2022 at Deer Lodge Centre, at the age of 96 years.  She was predeceased by her husband Lionel Joseph (Joe), three brothers and four sisters.  Angeline is survived by her sister Madlene Thomas living in Red Deer, Alberta; her daughter Sharon Unger (Arthur) and granddaughter Angela Clarke (Jeff), both living in Calgary, Alberta.

Angeline was born on June 20, 1926 at her father’s farm near Dollard, Saskatchewan.  She lived on the farm helping her father with the chores until her early 20s.  Angeline then moved to Winnipeg where she started working as a nurse’s aid at the Princess Elizabeth Hospital.  In 1951, she married Joe and retired in 1977.

Angeline spent many hours knitting, crocheting and looking after her flower gardens on Lipton Street.  Angeline and Joe enjoyed going to the Legion most Saturday nights, and the International War Veterans Association conventions in the U.S. and Canada as they happened.

The family would like to thank all the doctors and nursing staff at Deer Lodge Centre for all their care, compassion and support.  She especially enjoyed the daily activities during her stay.

If friends so desire, donations may be made to Manitoba Lung Association.

The funeral service announcement will be posted at a later date.

Share Your Memory of
ANGELINE
Upload Your Memory View All Memories
Be the first to upload a memory!
Share A Memory
Send Flowers
Plant a Tree