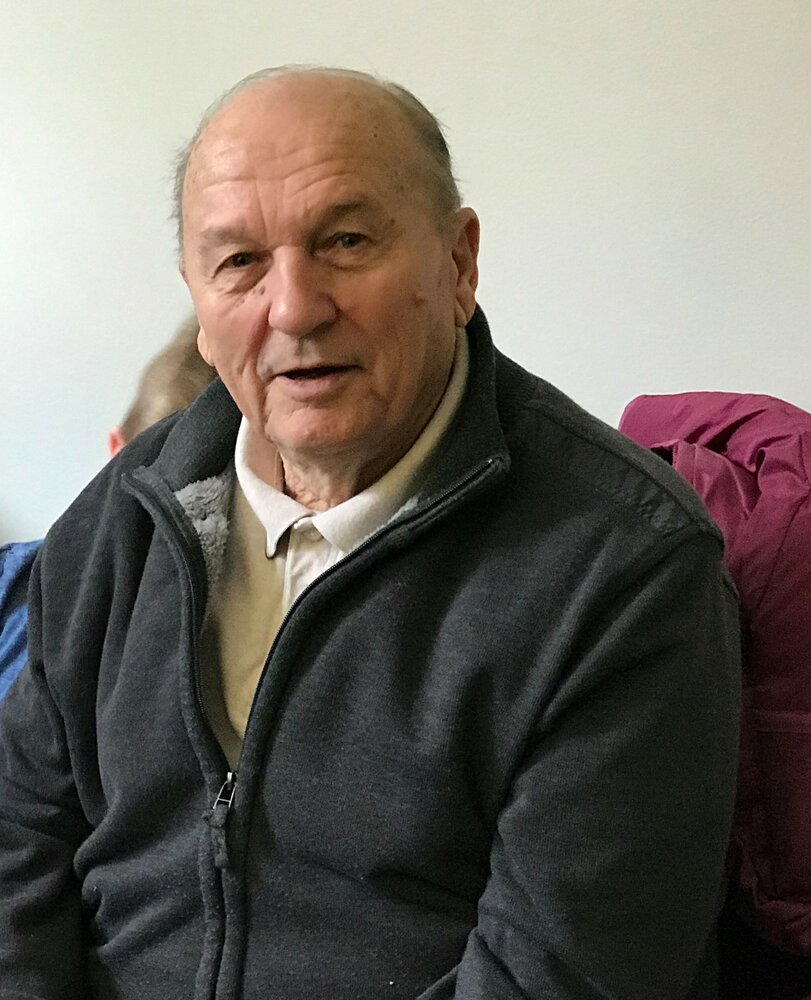 Eugen Kvaternik passed away peacefully with family by his side on July 18th, 2022 in Oakbank, Manitoba at the age of 84 years.

He was predeceased by his parents Josip and Dragica Kvaternik, brothers Zdenko, Zvonko, Ivica and grandson Jakob.

Eugen was born in Banova Jaroga, Croatia on April 8th, 1938, the eldest son of 7 children.  Eugen met his wife Marija in 1959 in Zagreb, married 3 years later and then started a new life in Winnipeg in 1967.

Eugen enjoyed a long self-employed career as a plumber and was an active member of St. Nicolas Tavelich Roman Catholic Church, serving on its Parish council for many years.

Amongst Eugen’s proudest moments were the birth of his 7 grandchildren, whom he showered with love and stories, making his grandchildren laugh at every opportunity.  He will be remembered for his infectious sense of humour, love of his Croatian homeland and devout Catholic faith.

Prayers will be offered on Monday July 25th at 7pm.

Funeral Mass will be held on Tuesday July 26th at 11am.

All services will be held at St. Nicholas Tavelich Church, located at 2688 Main St., Winnipeg.

Family would like to thank CancerCare HSC, Dr. Emily Rimmer, nurse Lindsay and the EIRHA Palliative program for all their compassion and support.

Share Your Memory of
EUGEN
Upload Your Memory View All Memories
Be the first to upload a memory!
Share A Memory
Send Flowers
Plant a Tree