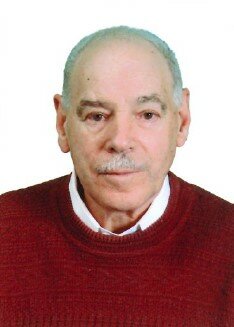 We are deeply saddened to share the news that Agostinho Medeiros Melo peacefully passed away while at home with his wife and children by his side on July 1, 2022, at the age of 83.

He was predeceased by his sister Maria Dos Anjos, as well as his four brothers, Jose, Manuel, Antonio and Jacinto.

He will be kindly and lovingly remembered by many; including his cherished wife and lifelong best friend Maria, his two children Elisabete and Steve (Sarah), and his grandchildren Owen, Catherine, Xavier, Savannah and Ramone.

Agostinho Medeiros Melo was born on December 31, 1938, in Ribeiro Seca, Sao Miguel, Azores. He met his wife at the age of 19 and never looked back. They married in August of 1966 and then proceeded to move away from their home island of Sao Miguel to Setubal, Portugal. There, they had their first child; a beautiful daughter, Elisabete. Agostinho always believed in “Family First,” and worked tirelessly to create a better life for himself and his family.

Seeking opportunity and a better future, he immigrated to Canada in 1972, bringing his family with him later. Moving to Winnipeg, Agostinho and Maria had their second child; a lovely son, Steve.

Always a committed and hard worker, Agostinho worked for CP Rail for 10 years and Pourex Construction for over 20 years. He retired at the age of 62 after the birth of his first grandchild, Owen. As his family grew, he wanted to spend as much time as he could with them.

Agostinho was full of love and always more than happy to share it. Although family was first, friends were not far behind and were often considered family. A great host, Agostinho relished every chance he could to bring people together any day or night, rain or shine. He will be deeply missed and remembered by many for smiling while watching soccer, eating fish and puttering around the garden, surrounded by a vast array of smiling, happy, loving people.

The family would like to extend a heartfelt thank you to the amazing people from the WRHA community Palliative care and the staff at St. Boniface Hospital. Their tireless dedication to our father during his illness and the support they gave our mother throughout was above and beyond. We will be forever grateful.

Prayers and funeral service will be held on Monday, July 11, 2022 at 10:00 a.m. at Immaculate Conception Parish, 181 Austin Street North in Winnipeg.

In lieu of flowers, donations can be directed to the Canadian Cancer Society.

Share Your Memory of
AGOSTINHO
Upload Your Memory View All Memories
Be the first to upload a memory!
Share A Memory
Send Flowers
Plant a Tree