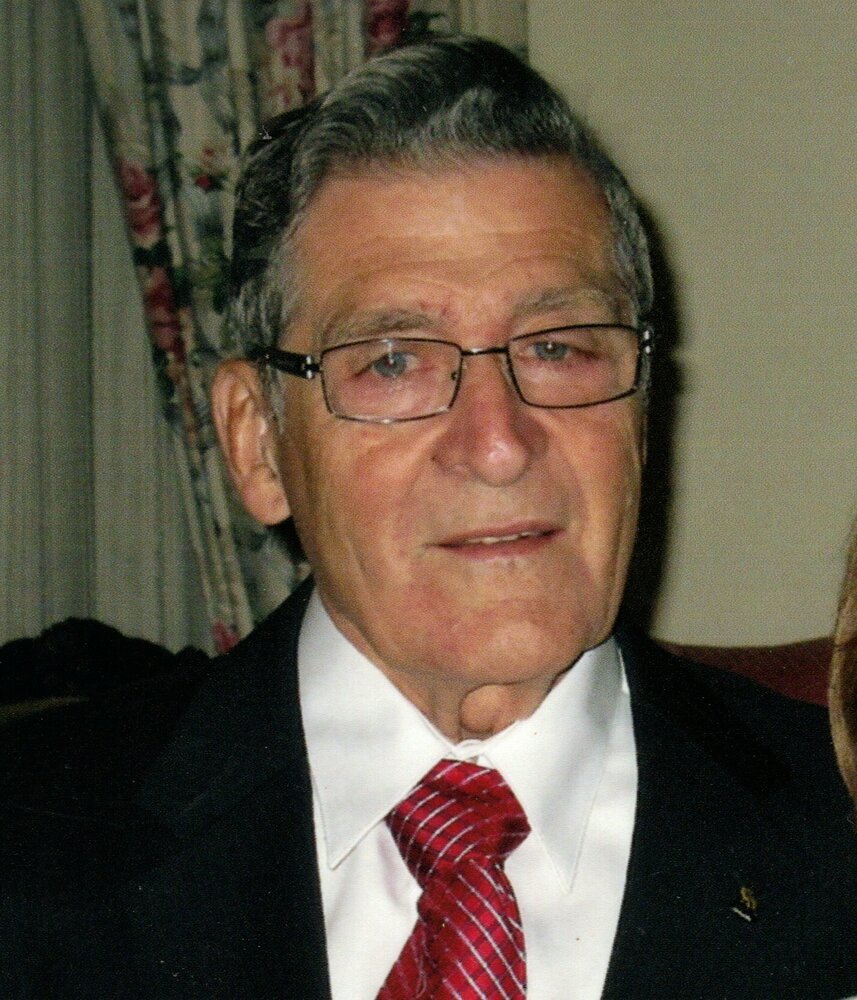 Lawrence was born in Winnipeg on May 31st, 1934 to Michael and Bernice Huzel. He grew up in Hadashville before returning to Winnipeg as a young adult, eventually becoming a diesel mechanic for Mack Trucks (where he worked for 41 years). He met his future wife Joanne at a wedding in 1960, and they were married on August 11th, 1962. They started their life together on Danbury Bay in a home complete with a large vegetable garden, and also became active members of St. Basil’s Church. After close to 25 years on Danbury he built his family a new home on Hopwood Drive complete with yet another large vegetable garden, but despite being farther away they still attended St. Basil’s regularly.

Lawrence was a quiet, hard working person who was always willing to lend a hand or come to someone’s aid when something needed to be repaired, built, or rebuilt. When you saw him coming up the street in his white pickup truck (often accompanied by Hershey, the family’s Chocolate Labrador Retriever), you knew things were going to be done right. He even managed to parlay his “fix-it” skills into a small side business as “The Hopwood Handyman” where no job was too small. When it was time to relax, one of his favourite places was the family cottage at Falcon Lake. He spent as much time there as possible, often scouring the South Whiteshell for mushrooms and blueberries for family and friends to enjoy.

Despite all of his other commitments, Lawrence still managed to find time to travel - be it visiting family and friends or simply seeing other parts of the world. In retirement it became an annual tradition for him and Joanne to head to Los Angeles to share in American Thanksgiving celebrations with the Camacho family. He enjoyed spending time with his family, particularly his three grandchildren whom he treasured. They always put a smile on Gigi’s face.

The family would like to thank the staff of Holy Family Home, especially the staff on the St. Mary's unit where he lived for the past three years alongside his beloved Joanne, and the Sisters Servants of Mary Immaculate. Special thanks are also extended to Drs. Taras and Andrea Babick for their care and compassion.

In lieu of flowers, donations can be made in Lawrence’s memory to Holy Family Home c/o Lubov SSMI Foundation.

Share Your Memory of
LAWRENCE
Upload Your Memory View All Memories
Be the first to upload a memory!
Share A Memory
Send Flowers
Plant a Tree