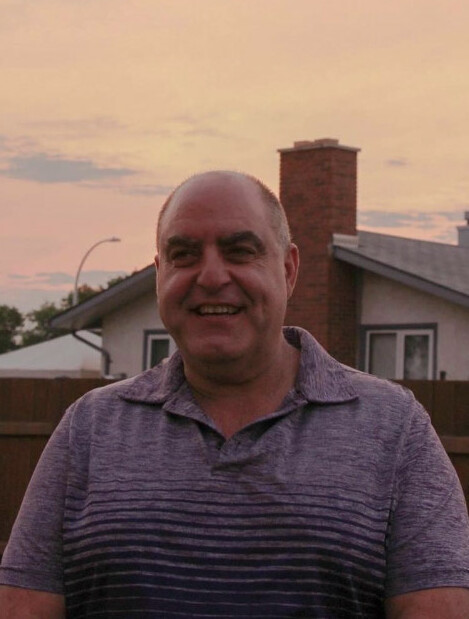 Please share a memory of CARLOS to include in a keepsake book for family and friends.
View Tribute Book

Carlos Manuel Pereira Bergantim passed away suddenly at home on June 6, 2022 at the age of 56 years. He was predeceased by his brother Jorge Bergantim, his mom Conceicao Bergantim and his dad, Manuel Bergantim.

Carlos is lovingly remembered by his children Enza, Donna, Ang and their mom, Maria. He also leaves behind his brother, Sergio (Cheryl) Bergantim, niece Abby and nephew Kyle as well as numerous family and friends across Canada, Portugal, and Brazil. Carlos was born on December 22, 1965 in Braga, Portugal.  He immigrated to Canada with his family in 1969. The family settled in Winnipeg to join his dad, Manuel, who came over in 1968. During most of his school years, the family lived in the Maples. Carlos graduated from Maples Collegiate and continued on with his education in the Automotive Program at Red River College. During and post-graduation, Carlos worked at Martin’s Bakery before moving on to Carte working on transformers. He also worked at Bristol for a period of time before taking a Diesel Mechanics course. Carlos then moved on to McPhillips Ford starting his career as an Automotive Technician. After McPhillips Ford closed down, he worked at Keystone Ford, Nott Autocorp and Tony’s Academy before eventually becoming the owner of Tony’s Academy on Chevrier. Throughout the places he worked, he was fortunate to oversee technicians in the apprenticeship program as they worked towards their Red Seal Certification. He felt it was important to provide apprenticeship opportunities for new automotive tech grads and was proud of each and every technician that received their apprenticeship under him.

Carlos loved music and was part of a number of bands playing guitar and singing at weddings, socials and other functions as in his early years. He was proud of his Portuguese heritage and at a young age danced at the Casa de Minho. He enjoyed camping at the Portuguese Recreation Park near St. Laurent where he volunteered for a period of time to be on the committee running tournaments for skeet shooting (Tiro ao Prato). Carlos enjoyed the outdoors and got out as much as he could. He enjoyed hunting, fishing, back country camping, boating, quadding, travelling and sight-seeing.

Anything and everything he was a part of, Carlos quickly made lifelong friendships with many people he met along the way. People appreciated his honesty, integrity, sense of humour, generosity, kind heart, and willingness to always lend a hand. He accepted people for who they were and was a well-respected and natural leader.

Although Carlos was involved in many things, more than anything, he loved his family. Family was most important to him and always came first. He enjoyed sharing his interests and passions with those he loved, taking them on his adventures and teaching them all the things he knew. His jokes, pranks and laughter will always be fondly remembered, and what people will remember him for most is how he made them feel.

A funeral service will be held on Thursday, June 16th, at 2:00 pm at Our Lady of Perpetual Help Church with Monsignor Comeault, 4588 Roblin Blvd.

Share Your Memory of
CARLOS
Upload Your Memory View All Memories
Be the first to upload a memory!
Share A Memory
Send Flowers
Plant a Tree