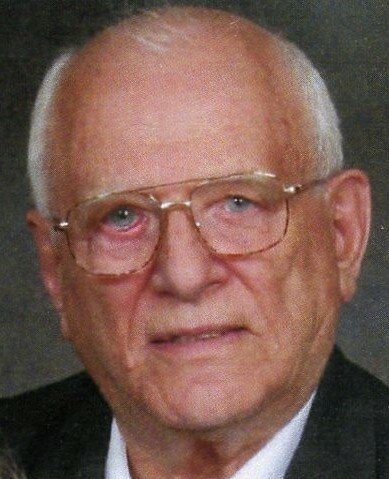 He will be so greatly missed by his wife of 63 years, Louise, sister-in-law Vicki Nipper, nephews Jeff and Terry. Randy and Sue, Dru and Tammy, Alexander and Helena. Sister-in-law Evelyn Weis. David and Susan. Barbara, Marilyn Shane, Tyler. Great nieces and nephews plus many friends and family members in Canada, the U.S., and Europe.

He was predeceased by his parents Valentine and Mary Rodzen. brother Stan, bister Jennie, Lynda, and John. Susan Dunn, and Tom Nipper.

Ed was born in the North End of Winnipeg during hard times, but he loved it. He always told Louise

The North End is what I am.

He went to St John High School, graduated. He did not go on because he felt school did not teach him what he wanted to learn quick enough.

He self-taught and educated himself in architectural and mechanical drawings. Ed did many of his own drawings for his buildings as well as for others.

Some of his accomplishments were Princess Auto, the Disraeli Bridge, Museum Building in lower Fort Garry, Synagogues, Churches, Fort Garry Hotel renovations, Sokol Hall, and bear cages at the Assiniboine Park, and numerous others, too many to mention.

Started his own construction and property management business. Designed and built all of which became a huge success.

Ed could fix anything. He had a great talent even fixing my jewelry for me. You name it Ed did it, and if he couldn't do it Ed would study it and fix it immediately. God gave him a talent and he thanked him for it.

Ed was a workaholic. He loved his work and never stayed away, but always had time for people, giving them advice and help. Worked right to the end which he wished for.

His intellect and curiosity were filled with great love for travel and seeing new places and buildings. Ed loved eating out so much that he designed and operated his own well-known restaurant with Louise called Samovar which was a success.

Ed, we will all miss you greatly.

I Did It My Way