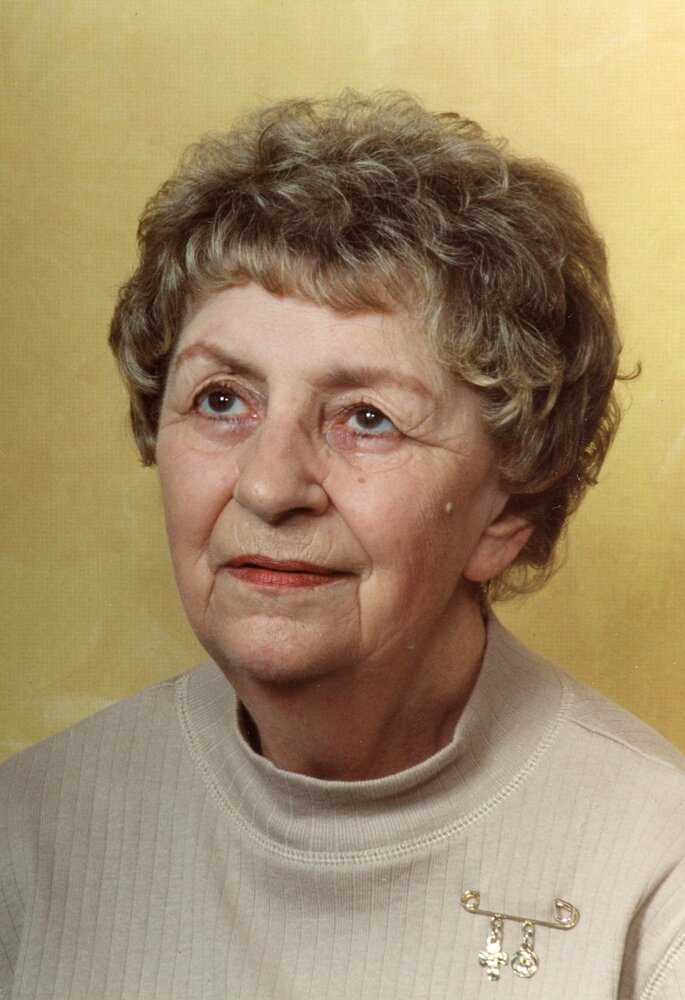 We are saddened to announce the peaceful passing of our mom, Elsie, on May 27, 2022.

She was born and raised in rural Saskatchewan and married Hugo Wegner on October 1, 1950.

They moved to Regina, where Ted and Robert were born, and eventually moved to Winnipeg, settling in Transcona where David was born. Mom was a long-time member of the Lutheran Church of the Good Shepherd. Elsie was a wonderful baker, always sharing her butter tarts, date squares, buns, and pies with family, friends, and neighbours.

She is predeceased by her husband Hugo, son Robert and his wife Cherie, sister Ella, and brothers Art, Norman, Willard, and parents Peter and Rosalie.

No funeral service at this time. There will be a private family interment at a later date.

Share Your Memory of
ELSIE
Upload Your Memory View All Memories
Be the first to upload a memory!
Share A Memory
Send Flowers
Plant a Tree