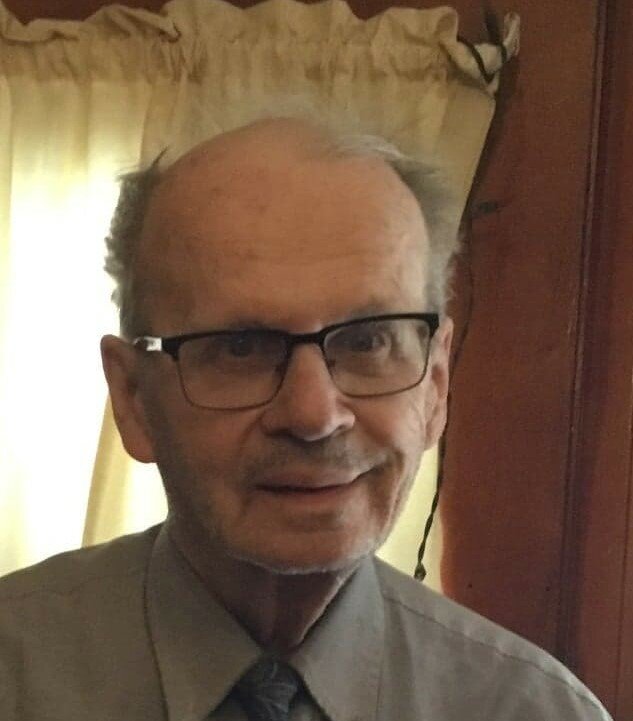 Promoted to Glory and now with his Lord.

Don was born and spent his youth in Winnipeg, MB. Before meeting and marrying Sylvia, he lived and worked in Ontario, Manitoba, British Columbia, and the Northwest Territories. After they were married, they lived in Nova Scotia, and New Brunswick, and in 1998 he and his family moved to Manitoba to live in the family home and to care for his mother who was 93. He is predeceased by his mother Laura, father Jan, and brother Jack.

Don was a loving husband to Sylvia and a dedicated and wonderful Dad to their boys, Jan (Alana) and Horace.  He would have loved to get to know and see his granddaughters Sybil and Rowan grow up. He also leaves behind Sylvia’s large family who accepted him and loved him for who he was.

Throughout their marriage, Don encouraged Sylvia to pursue her interest in further education. As she studied, he happily became “Mr. Mom” to Jan and Horace. He loved looking after his family. He was an exemplary and creative chef, whether preparing a simple lunch, snacks, or catering a banquet for a large family gathering. His life was his family and his faith.

Don was a kind and generous man with a wry sense of humor. He enjoyed gardening, music, anything with his family, as well as a good debate.

A pivotal decision in his life was becoming a soldier in The Salvation Army. He proudly worked for The Army in BC and on the east coast. He worked on the streets of downtown Vancouver at The Crosswalk, at the Anchorage programs, was Chef at Camp Sunrise, worked in Family Services and in other positions including Pastoral Care. He did what needed to be done with honour and dedication.

In addition to The Salvation Army, he belonged to the Order of DeMolay, the Masons, the Naval Reserves, the Shriners, and Rotary, to name a few.

Don battled with Alzheimer Disease over the past ten years and in spite of it, he chose to work with the Alzheimer's Society to share his journey to promote understanding of the disease and its impact on individuals and their families.

The family would like to thank the doctors, nursing staff and auxiliary staff of The Salvation Army Golden West Centennial Lodge in Winnipeg for the care they provided to Don over the last 18 months.

The celebration will be live streamed.  Link to be provided.

Cadets Nathanael and Jessica Hoeft and Major Rosena Halverson, will be officiating the Celebration. Internment with family and close friends will take place at a later date.

In lieu of flowers, donations can be made to the Alzheimer’s Society, The Salvation Army, or a charity of your choice.

If you wish to send family wishes you can email them at: deVlamingFamily@shaw.ca.

Share Your Memory of
DONALD
Upload Your Memory View All Memories
Be the first to upload a memory!
Share A Memory
Send Flowers
Plant a Tree