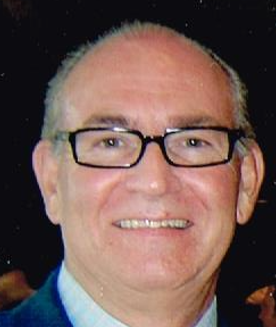 Please share a memory of DANNY to include in a keepsake book for family and friends.
View Tribute Book

It is with great sadness that we announce the passing of Danny Nicholas Myk on April 20th,  at the age of 74, after a courageous battle with prostate cancer.

Danny was born on July 19, 1947 to Steve and Joyce (nee Michalchuk) Myk on the kitchen table in their farmhouse in Gilbert Plains, Manitoba.

Growing up, Danny spoke fondly of all the times he spent with his cousins and sister, Sylvia, on the farm.

Due to his father’s occupation, the family moved between provinces, ending their journey in Winnipeg Manitoba. By the time he graduated high school, he had attended 23 schools.

In 1972, Danny graduated from Red River College with a Civil Engineer Technologist certificate. During this time, he was involved in organizing school activities as the President of the Civil Club, but most importantly, he made lifelong friends. That same year, he married the love of his life, Lorraine (nee Gerelus), on July 15, 1972 and together they had one daughter, Sarah, born in 1982.

Whether it was a spontaneous road trip to Minneapolis, volunteering at the Palm Springs Film Festival, entering a pickle ball tournament, winning a fitness competition in his 50s, or meeting friends for breakfast, Danny never shied away from an adventure and lived each day to the fullest. In his later years he enjoyed his work as an extra in various film productions in Manitoba. Besides visiting his favorite stores: Princess Auto, Home Depot and Rona, he liked to stay active during his retirement and worked as a shuttle driver for the car dealerships. During the Christmas season he worked at Sears and the liquor store to interact and meet new people.

Danny will always be remembered as being larger than life. He had a great sense of humor, warm smile, kind and loving heart and the ability to make you feel special. He always thought the best of everyone. He was described as an honest businessman and always tried the best for his staff and customers. He always opened his home to family and friends. It was customary for Danny to have cheese puffs for the kids and a bowl of mixed nuts and a ‘night cap’ for the adults as he welcomed them.

Dan was a man of strong faith and was a board member of the Immaculate Heart of Mary School, as well as St. Mary’s Academy during Sarah’s school years. He was an active and long-time member of Holy Family Ukrainian Catholic Church. During this time, Dan was a member of the Parish Council, a Catechism teacher, and assisted with the perogy suppers. He was a member of the Knights of Columbus 3rd and 4th degree for many years and enjoyed the company of the brotherhood.

One of his favorite places was the cabin he and Lorraine built at West Hawk Lake.  It was home to many friend and family get togethers, birthday and anniversary celebrations, and even a nephew’s engagement.  He was in his happy place when he was organizing his tool shed and embarking on his newest construction project. He was a board member of the Whiteshell Cottagers Association for many years.

Lorraine and the family would like to sincerely thank Father Jim Fiori, Father Bernard Pinet, Father Mark Gnutel, Father Volodymyr Bashutskyy for the numerous blessings, as well as many family and friends for their kindness and generosity. Your prayers, cards, meals, messages of hope and well wishes provided us comfort during this difficult time. We have found strength and have seen the true meaning of faith in Christ with your kindness and love.

A special thank you to Danny’s primary care physician, Dr. Brian Sharkey, for his unwavering support. We would also like to thank Cancer Care Manitoba and the Palliative Care Program, and to Dr. Jeffrey Graham and his team for expertly guiding Danny’s treatment.

Prayers to be held on Friday, April 29 at 7pm, with viewing and Rosary to begin at 6:30pm and Funeral and Divine Liturgy on Saturday, April 30 at 10am with viewing and Rosary at 9:30am, both to be held at Holy Family Ukrainian Catholic Church, 1001 Grant Avenue, officiated by Father Mark Gnutel / Father Volodymyr Bashutskyy. The burial will follow at Holy Family Cemetery.

Live stream will be available through the Church website at www.holyfamilyparishmb.ca. Masks are required as per Church protocol.

In memory of Danny and in lieu of flowers, donations can be made to the WRHA Palliative Care Donation Fund www.hscfoundation.mb.ca or Canada-Ukraine Foundation www.cufoundation.ca.

Friends and family are welcome to share stories and sign the online book of condolences at www.cropo.com.

You have left this physical world but have joined God and the Angels in Heaven. We know you are finally riding your motorcycle and have gained your wings as a Guardian Angel for sick and underprivileged children.

Share Your Memory of
DANNY
Upload Your Memory View All Memories
Be the first to upload a memory!
Share A Memory
Send Flowers
Plant a Tree