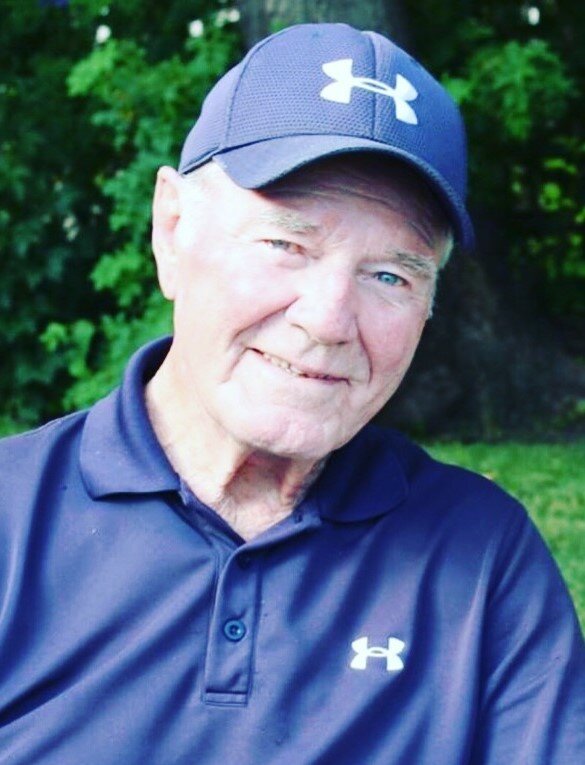 With heavy hearts we announce the passing, April 13th of our beloved father and super hero, Norman Bud McCormick. On the cusp of a mighty Manitoba blizzard, embraced by Deidre, the love of his life, living children, Mardi & Clark, and his favourite sister-in-law Jan, Buddy bid us all Adieu.

Missing the love of his life, Bud returned to Winnipeg and married Deidre in 1955. A marriage lasting 67 years, Bud and Dee shared a beautiful love story. They had 3 children and settled in Fort Garry. Bud had a career in sales and marketing for Labatts Breweries for over 25 years.

He continued to coach and play hockey with the Manitoba N.H.L. Oldtimers from 1965-77. He founded The Winnipeg Clubs Old-Timers Hockey Team in 1977 captained by his very good friend, golf buddy and NHL great, Ab McDonald.

Dad was a natural athlete and golf was also a passion. He was a member of Southwood Golf & Country Club and also Niakwa. With many games played, cocktails shared and awards won, Dad forged amazing friendships over the years. Playing golf into his 90’s, Dad loved his time with The Rownders. After golf, you could find them at The Cambridge having a “Zizz” as he liked to call it.

With our family now so global, Mom and Dad took memorable trips with time spent in Australia, Hawaii, Florida, California, Arizona and Iceland. Summers were spent at their cottage in Lac Lu, Ontario for many years.

We are grateful, through technology, that Dad was able to see and speak to each and everyone of his grandchildren all over the world to have their farewells. He enjoyed a viola performance, a vocal solo and sweet memories shared from all, before he had to go.

We had hoped that Dad would be able to leave this world having a “Zizz” and a cigar outside in the warm Manitoba sun, but sadly this was not to be.

Dad is the last of his brothers and sisters to pass away. He grieved deeply for the loss of his eldest son, and our brother Reid.

We would like to thank the nurses and Dr.’s of the palliative care program of the WRHA that cared for our Dad in these final days.

In death, as in life, Buddy did it his way.

A celebration of Bud’s life will be held for family and friends at a later date this summer.

Share Your Memory of
NORMAN
Upload Your Memory View All Memories
Be the first to upload a memory!
Share A Memory
Send Flowers
Plant a Tree