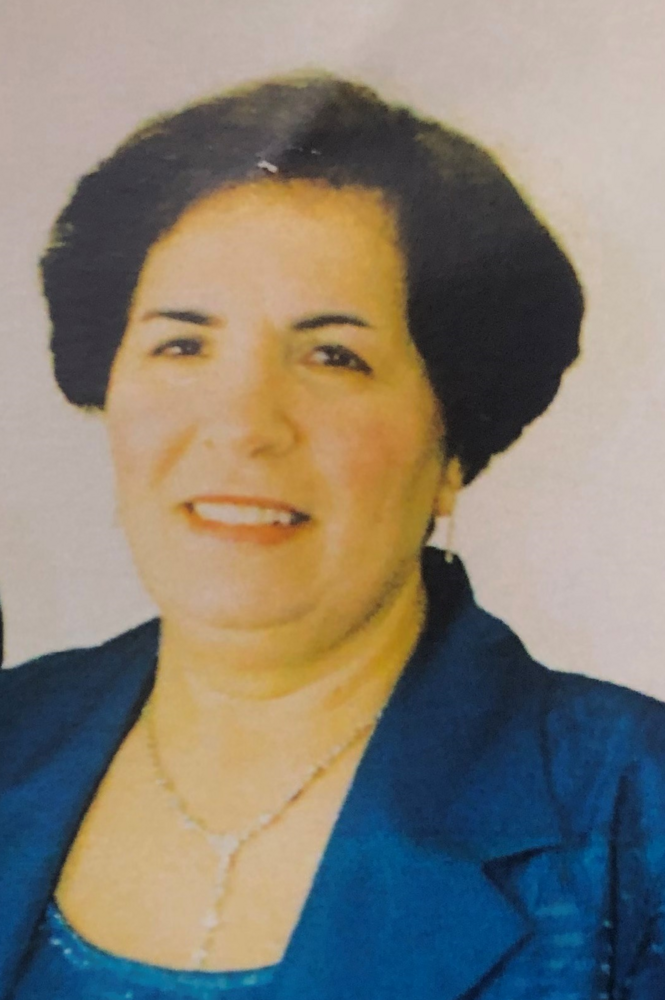 It is with profound sadness that the Viveiros and Reis families announce that our wife, mother, sister, grandmother, and friend, Teresa, aged just 74 years, was called home to be with God on Friday, April 1, 2022, at 1:35 AM, after an agonizing almost 20-year battle with early onset Alzheimer’s disease.

Teresa, affectionately known as “Tereseña”, was the beloved spouse of Gilbert for more than 52 years, and from the day he laid eyes on her, she had his whole heart. Born November 7, 1947, on the beautiful island of São Miguel in the Açores Islands, 900 miles off the coast of Portugal, Teresa met Gilbert at age six when they were neighbours. She attended school until grade 4, helped out dutifully with household chores, and worked in a tobacco factory.

In 1967, she immigrated to Canada, following her eldest sister to Ontario, and landing a job on a farm in Orangeville. In 1970, less than one year from the date of their wedding, with just $300 in their bank account and very little English, Teresa and Gilbert celebrated the birth of their son Christopher. Billy completed the family six years later when they felt they could afford to feed another mouth.

Teresa spent her working life using her talented hands, including as a cleaner at Great-West Life, a seamstress with Tundra, and finally, at Home Outfitters and Clean & Green. She worked so incredibly hard, and never complained. Saturdays were for house cleaning, first in their perfectly appointed little West End bungalow, nestled among all the other Portuguese immigrants, including Teresa’s mother and father (Gilda and José Reis) who resided one street over. In 1986, Teresa and Gilbert built a beautiful home on 7 acres on McGregor Farm Rd just outside city limits, where they grew an incredible garden, baked 12-inch-tall loaves of bread, made chorizo and smoked it in a hollowed-out fridge in the back yard, turned grapes into wine (never from a kit), and crocheted beautiful works of art. It was as though São Miguel had been brought to Manitoba.

Left to mourn her devastating departure are children Billy (Crystal); Chris (Karen and grandkids, Casera and William), as well as a close-knit group of siblings: Maria (Jaime), José (Venilde), João (Laura), Margarida (Julio), Antero (Rosa), Joaquin (Judite), Raul (Ruth) and Oliver (Lynda). Teresa was predeceased by her parents, but leaves behind many nieces and nephews, cousins, and brothers/sisters-in-law in Manitoba, Ontario, Acores and in Fall River, Massachusetts, as well as treasured friends, especially Otillia Cipriano, for whom we are forever grateful.

Teresa was devout, and a long-time member of Immaculate Conception, another meaningful part of her life which was stolen from her as her mind deteriorated. She was a warrior, a fighter, and not to be messed with, albeit with a quiet manner and soft-spoken nature (usually). She loved music and singing, soap operas, cooking and baking, and was quick with a joyous laugh, until her brain and her body began to betray her.

Although we will miss her terribly, Teresa suffered, and no one should suffer for as long nor as deeply as she did. In lieu of flowers, the family suggests donations in Teresa’s name to Alzheimer Society of Manitoba or CancerCare Manitoba Foundation, since she also faced and defeated breast cancer in the last few years of her life.

Please join us Friday, April 8 at 1 pm  in Cropo Funeral Chapel, 1442 Main Street for Teresa’s service, followed by a reception with refreshments on the 2nd floor. Private family interment to follow at Assumption Cemetery, 3990 Portage Avenue.

Rest in peace Teresa – you are finally free.

Share Your Memory of
TERESA
Upload Your Memory View All Memories
Be the first to upload a memory!
Share A Memory
Send Flowers
Plant a Tree