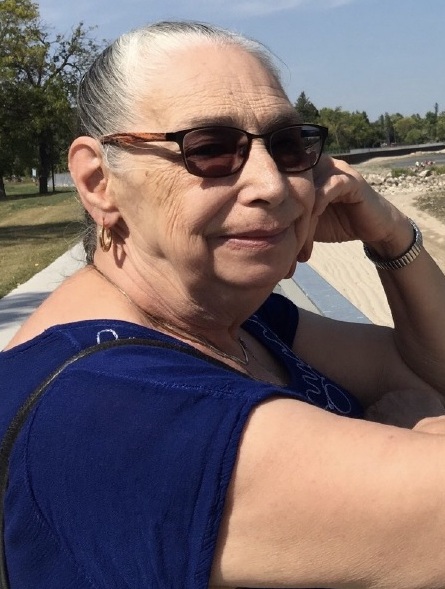 It is with our deepest sorrow and regrets that we announce that on March 12, 2022 Jeane Dwojak passed away suddenly at the age of 70. She is predeceased by her parents Vladimir & Miluse Frank.

Jeane was born in 1951 in Winnipeg, MB after her parents had emigrated from the Czech Republic. She was raised in the North End with her four siblings, and attended both Strathcona Elementary & Isaac Newton Schools. Despite having the obstacle of a language barrier, she excelled and received numerous merit awards.

Her high school days were spent at St. John's High School where once graduated, she pursued studies to later become a Registered Nurse. Her first job; caring for the first patient at Seven Oaks General Hospital.

Jeane went on to have a family with 3 children; 2 boys and a girl, and continued her dedicated career in Nursing. During off time she would volunteer for her children's events and schooling. Summers were spent in the garden and winters rink side for kids' hockey. She was always VERY dedicated to her children as they were her light.

Later in life Jeane's passion grew for figure skating, curling & hockey as she loved watching the Jets play. Along with her enjoyment of long drives to Gimli & Lockport, old movies and spending time with family, she could often be found engulfed with her nose in a good book.

Jean was a quiet, light-hearted, beautiful soul who touched so many with her kindness. She will be sorely missed.

The family would like to thank the Emergency Responders and all the staff at St. Boniface Hospital for their compassion and care during this difficult time. It is greatly appreciated.

If friends or family desire, in lieu of flowers, donations to The Heart and Stroke Foundation in Jeane's name would be appreciated.

Share Your Memory of
JEANE
Upload Your Memory View All Memories
Be the first to upload a memory!
Share A Memory
Send Flowers
Plant a Tree