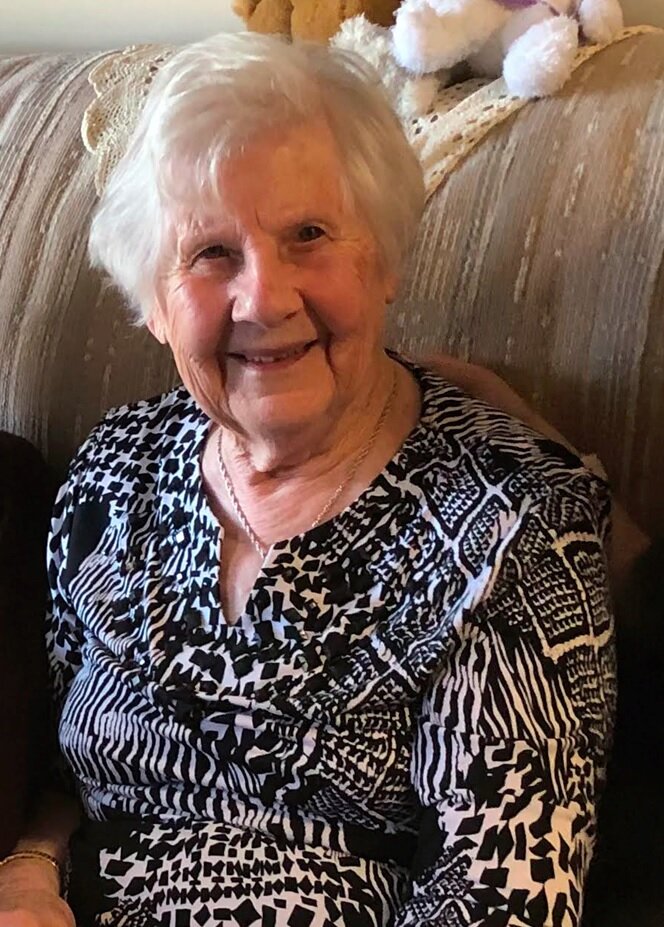 It is with profound sorrow that the family announces the passing of Marie, aged 86 years, on March 15, 2022 as the result of a stroke she suffered on February 14, 2022.

She was born in Winnipegosis, Manitoba on August 8, 1935.  Following her father's untimely death in 1940, she attended Catholic Boarding schools in Manitoba ending with her graduation from the convent school in Bruxelles, Manitoba in 1952. While attending an X-ray Technology Training Program in Winnipeg in the fall of 1952 she was diagnosed with Tuberculosis and was hospitalized for the next 2 years at the Winnipeg Sanatorium. Having only been briefly introduced to Emile prior to her hospitalization, they corresponded while she was there and began courting following her recovery. They were married on August 10, 1957 starting their nearly 65 year adventure together. In the following years she became a mother, Medical Office Assistant, grandmother, and, more recently, a great-grandmother- all of which she completely enjoyed! She devoted her life to her husband, family and friends and always saw the best in people and situations. Her passing leaves a void that can never be filled.

A mass celebrating her life will be held at 10:00 am on Wednesday March 23, 2022 at St. Joseph the Worker Parish, 505 Brewster Street with Father Lawrence Agorchukwu officiating. Interment will follow at the St, Boniface Cemetery, 917 Archibald Street followed by a reception at Cropo Funeral Chapel, 1800 Day Street. In lieu of flowers, please make a donation to the Manitoba Lung Association, CancerCare Manitoba, or the Heart and Stroke Foundation of Manitoba.

Share Your Memory of
MARIE
Upload Your Memory View All Memories
Be the first to upload a memory!
Share A Memory
Send Flowers
Plant a Tree