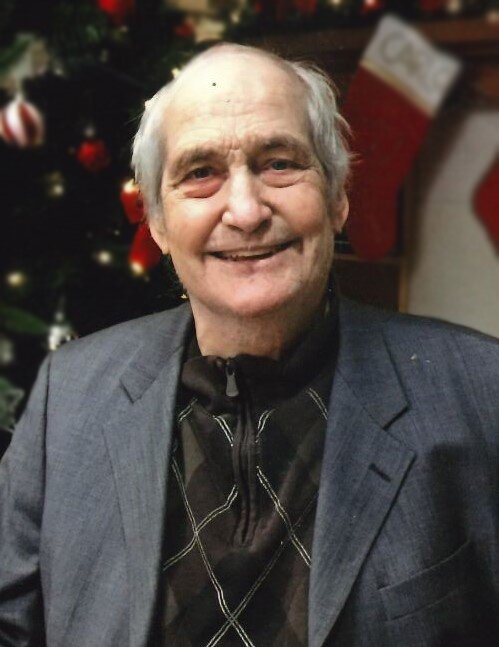 It is with deep sorrow and regret that we announce the passing of George Edward VANDERLIP on March 4th, 2022 at St. Boniface Hospital.

Dad was born on March 31, 1946 in Leeds, England to Lilly and George J. Vanderlip, coming to Winnipeg via boat as an infant.

Dad grew up in the north end of Winnipeg as the oldest of seven children. Dad took his role as the eldest very seriously as he was always there to guide, nurture and help us all navigate through every “curve ball” life could throw. He graduated from Sisler High School in 1964 and throughout his life remained immensely proud of this.

On May 30th, 1970, Dad married Darlene (Holian), the love of his life, with whom he would go on to have three children and three grandchildren with and continued on with his role of guidance nurturing and helping us all navigate through life. Family was always so important to him, and he was so thrilled to be a husband, loving father, and proud grandfather, always making sure that we had everything we needed.

Shortly after his marriage, George found employment with the City of Winnipeg and in June 1974 transferred to the Winnipeg Police Department where he retired in 2000 from a career as a Storekeeper III. Dad was always proud of his time with the department and spoke fondly of it and was well-liked and respected by all who crossed his path.

Throughout our entire lives Dad was our center and always had an active and supportive role in both his children and grandchildren’s lives. Dad was a firm believer in sports and activities with the rule in our household being that you must be involved in at least one activity at all times. From very young ages he had Michelle and Lori involved in baton, bowling, ringette and baseball and encouraged all school sports as well. He would also encourage Kris to try soccer and hockey. His love of sports continued onto his grandchildren as he loved to watch them play soccer and hockey as well.

For many years, Dad was a coach for ringette and softball at Northwood Community Center to both of his daughters and made an impact as a positive role model in the lives of the many players he had coached over the years.

Dad grew up playing baseball, hockey and football at Northwood Community Center and would later dedicate more than 30 years of his life as a board member, and spent 11 years as President of the Club, ensuring the center was the best it could be for everyone in the community.

Dad also loved playing ball and was a proud member of the Icepacks in his younger years which consisted of various parents he had met through his involvement with Northwood Community Center.

Dad attended the PRIME Program at Misericordia Hospital for the last five and a half years, which was so important to him and extremely enjoyable. He always spoke so fondly of all the people he met through the program and all the staff who worked hard to ensure its success.

We would like to thank all the Doctor’s, nurses, social workers and health care aids who came across dad’s path for all their compassion and caring.

Dad was predeceased by his parents, brothers John, Dennis and Brian, nephews Clayton and Joseph.

“Your life was a blessing,

Your memory a treasure…

You are loved beyond words

And missed beyond measure.”

Funeral service will be held on Friday April 8th, 2022 at 10:00 AM at Cropo Funeral Chapel at 1442 Main St. Winnipeg with Internment to follow at Brookside Cemetery, 3001 Notre Dame Avenue.

Share Your Memory of
GEORGE
Upload Your Memory View All Memories
Be the first to upload a memory!
Share A Memory
Send Flowers
Plant a Tree