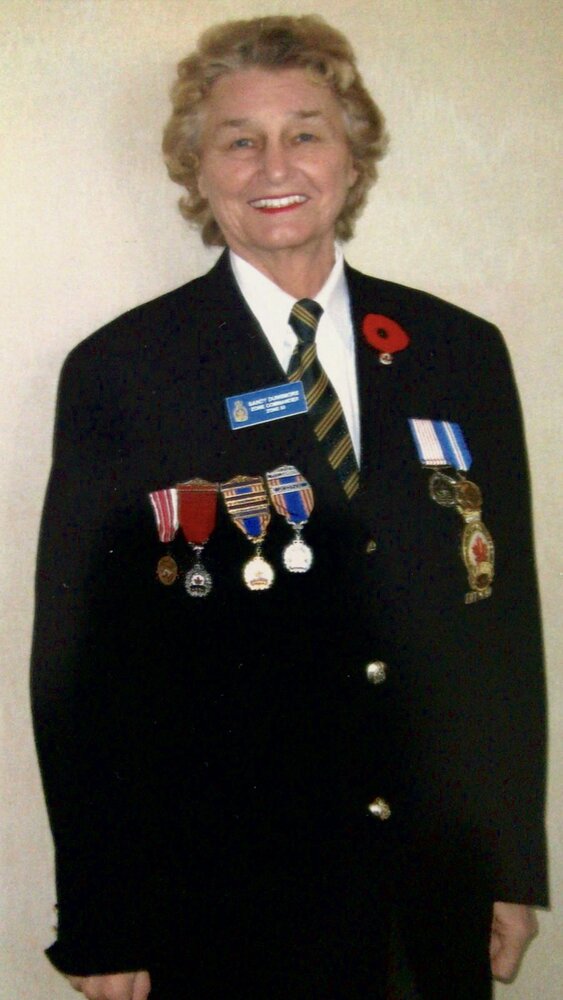 With sadness we announce the peaceful passing of Madeline “Sandy” Dunsmore, with her family by her side.

Sandy was born in Stockholm, Saskatchewan and shortly after, the family moved to Winnipeg.  Sandy spent much of her adult life doing ceramics to which she became well known in the ceramics community.  Sandy also had a passion for travel. She had many memorable adventures with her family and friends.

After retirement from Air Canada and Eaton's, Sandy spent her time with the Ladies Auxiliary at Legion #141, organizing parties, teas, and bingo. She was also a diligent Sergeant at Arms and devoted Regional President. She adored spending her summers at The International Peace Gardens, where she worked as a Dorm Dean before becoming the Campground Hostess.

She was predeceased by her mother Mary, father Alexander, and sister Rosemary.

Sandy chose to not have a celebration. The family will hold a private gathering.

Share Your Memory of
MADELINE
Upload Your Memory View All Memories
Be the first to upload a memory!
Share A Memory
Send Flowers
Plant a Tree