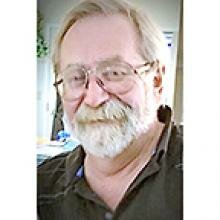 Jack was a lifelong and proud resident of Transcona, "God's Country", growing up on Cranbrook Bay and attending Wayoata School and Murdoch Mackay Collegiate. After pumping gas, with brother Tom since the age of 14, Jack followed in his dad's footsteps in the automotive industry, first at Datsun on Main Street quickly becoming the youngest manager in Winnipeg. Jack hired Tom straight after graduation and would often joke that he took Tom out of the gutter and made him a man, since he gave Tom his first job and set off his career as a painter.

Jack was the classic protective big brother to Tom and Patti growing up, pushing Tom down a ravine in the Black Hills, but quickly catching him before he fell, splashing Patti in his car while she was walking home from school, before offering her a ride. They remember fondly, camping trips to Blue Lake, the trio of them delivering flyers together, and spending time with cousins on holidays. We all miss the banging garbage can lids and terrible carolers who came every Christmas Eve.

After a long career in the automotive body shop, Jack ventured out on his own, and with Deb's support, started Team Graphics. Building on the success of Team Graphics, Jackson joined Dad in the family business and JJ Graphics was conceived. Our Dad couldn't have been happier when Jonah started working for JJ Graphics in 2019.

Jackson made Jack and Deb grandparents when he brought Sherry and Laura into our lives in 1999. Suddenly, Grampa was buying Polly Pockets and glitter and pink boas. Then, Jonah was born and it was chocolate fountains and water slides in the yard. Needless to say, when Lilly was born, he was smitten with her sassy attitude and big, beautiful eyes.

Our Dad, being the most stubborn Vickers, had many sweet, soft spots, one of which was Debbie. We are incredibly grateful he met the love of his life, and most patient woman on Earth. We couldn't have dreamed of a more supportive and loving partner in life for Dad. Jack and Debbie married in 1995 and lived a happy life, travelling often to Ontario to visit Grandma Eva, visiting Niagara Falls and Mackinac Island, two places they loved. They enjoyed nothing more than picking up Gramma Joan for a day of gambling at the casino, even though she was the only one among us with any sort of luck. Jack and Deb loved their early breakfasts out at Sal's with the ROMEO's (Retired Old Men Eating Out), visits from Gar, and relaxing in the hot tub with Janice and Kevin at their little paradise at home. Dad was also the most generous man on earth, even as adults, it was impossible to EVER pick up the tab. It was not unusual to hear, "Garry do you want this laptop, Jackson do you want this fire pit, Tim do you want this snow blower?" We will make sure that Deb still gets family trips to Ikea followed by Caesars at BP, and one of us will finally be able to pick up the tab.

Growing up Jack Vickers' kid meant Star Wars, Snake Pliskin, air shows, Indiana Jones, comic books, Simon & Simon, WKRP, listening to classic rock, Dal's pizza, steaks and smokies on the barbecue, learning how to pour the perfect scotch, weekends at Grand Beach, and the most elaborate homemade costumes (Pac Man, a Ghostbuster and Garry as a pack of Winston cigarettes is still a favourite, oh the 1980s was a different time). Dad was also our very own Spielberg, videotaping our most awkward and embarrassing moments, Emily will never live down the Headpins video. We also can't forget his dry sense of humour that we all inherited.

If you were lucky enough to sit down and chat with Jack, you would think he was a simple guy. Nothing on the surface gave away his many talents - designing concept cars and dream homes on his drafting table (that the boys would use as an x-wing fighter), calligraphy, wood burning art, skydiving, slalom skiing and acting in Big Al's movies.

Jack, it's hard to imagine a world without you there. We will toast you with a scotch, watch Star Wars on repeat, and yell "foxhole" to every answer when we play Trivial Pursuit. Rest easy until we see you again.

A celebration of Jack's life will be planned at a later time.

In lieu of flowers, contributions may be made to the charity of your choice.