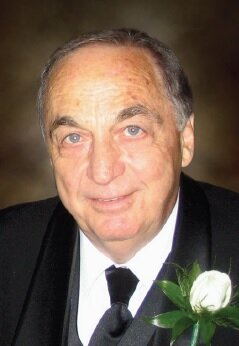 It is with great sadness that we announce the passing of James “Garry” Wayne MacLean. Garry passed away on February 11th, 2022 at Selkirk Hospital with his family by his side. He was predeceased by his loving wife Shirley MacLean (Kopochinski), and sister Charlane Blocker. Garry is lovingly remembered by his partner of many years,  Virginia Pochinco, his son, Ron (Julie) and grandson Ryker, and his sisters Kim (Michael) Tynski and Liz (Martin) Blazina, and many nieces, nephews and other extended family.

Garry was born in Winnipeg on March 26th, 1941. He worked for most of his life at Gillis Quarries in Garson, Manitoba. He loved working with Tyndall stone, and ended up designing and building (with his own two hands) a beautiful Tyndall stone home for his family in St. Andrews, Manitoba. St. Andrews was the perfect place for Garry and his family to settle down, as he was an avid outdoorsman who enjoyed hiking, fishing, birdwatching (especially Purple Martins) and snowmobiling. He spent most of his free time working on his numerous classic cars, as well as collecting as many cars and car related items as he possibly could! Garry was passionate about cars, specifically Mustangs, and was part of the Mustang Club of America. One of his favourite moments was driving one of his treasured Mustangs on the Indy 500 racetrack (and he has the jacket to prove it!).

The family wishes to acknowledge, with gratitude, the very special and compassionate care of the staff at Betel Home in Selkirk, and the kind and caring staff at Selkirk Hospital who made his last days as comfortable as possible.

In lieu of flowers, donations can be made to a charity close to your heart.

A funeral service will be held on Thursday, February 17th, 2022 at 11:00am at Cropo Funeral Chapel, 1442 Main Street at Luxton Ave. All are welcome to attend, with proof of vaccination required (as per current Manitoba Covid mandates).

Share Your Memory of
GARRY
Upload Your Memory View All Memories
Be the first to upload a memory!
Share A Memory
Send Flowers
Plant a Tree