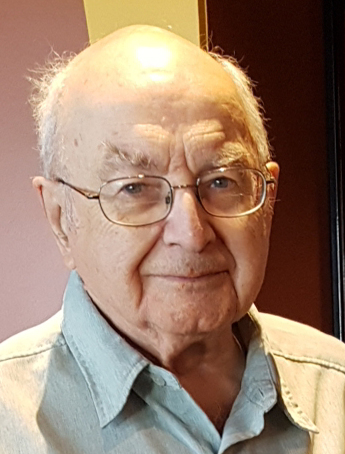 “Ed” is survived by his wife Margaret of 21 years. Their devotion to each other and their life together was in the forefront of their lives & their greatest gift to each other. Also celebrating his father’s life is his youngest son Gordon (Joan Spak) in Thompson Manitoba and their family. Also celebrating his life are his sisters Lillian (Patrick) and Valdean McDonald. He is remembered by his grandchildren Jeremy (Tania) & Stephanie, Stephen & twins Laura & Jennifer, with Sidney and Jessica and many nieces and nephews. Never to forget him also, is his great-nephew Connor, whom Ed insisted that Connor call him “Grandpa”.

Ed was an upstanding & well-respected member of the Baha’i Assembly of Winnipeg for many decades, and his faith was seen in every aspect in how he lived his life: in peace, kindness, faith & honesty. His kind and gentle demeanor was as ever-present as was his sense of humor and appreciation of the little things in life. He modestly radiated acceptance and non-judgement of others and his presence will be missed by the greater Winnipeg Baha’i community. Ed’s presence will also be missed at Winnipeg Harvest, where in his twilight years both he and Margaret volunteered weekly.

Eddie was born in the North End of Winnipeg and was a well-respected Masseuse for over 40 years. He was affectionately known by many as “the man with the magic hands” for his abilities. He spoke fondly of his times working for North Star Inn and the YMCA in younger days, and later with the YMHA in downtown Winnipeg through to retirement with the Rady Centre in the mid 90s.

Throughout his life, Edward was passionate about health, faith, and photography, consistently learning and passing on his knowledge. He believed wholeheartedly in exercise and living a healthy lifestyle. He tried his hand in weightlifting competitions coming in as a runner-up for Mr. Manitoba in the mid 1960s.

The funeral service for Edward Ledwos will take place at Cropo Funeral home on Tuesday February 15th at 1:00pm with a short reception to immediately follow. Interment to follow at 3pm at Glen Lawn Funeral Home & Cemetery, 455 Lagimodiere Blvd. Only vaccinated people will be allowed to the service. Proof of vaccination will be required.

In lieu of flowers, please direct offerings for honorarium and this service in Edward’s name to Cropo Funeral Chapel, 204-586-8044