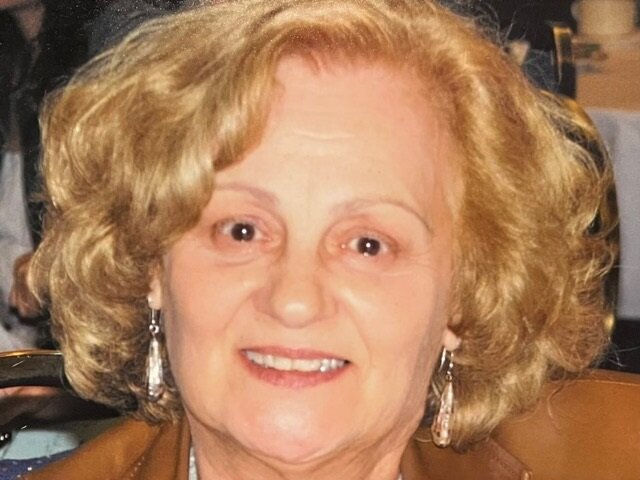 Peacefully, on Sunday, January 30, 2022, Lidia Fernandes, age 81, passed away in the presence of her loved ones.

Lidia was predeceased by her parents Carolina and João Carvalho, her brothers Eleuterio, José Jacinto, Francisco, Manuel and sister Maria.

Lidia was born in São Miguel, Açores, Portugal and moved to Winnipeg in 1968. She made her life as a Teacher, Business Owner and Community Social Worker and was very involved in provincial and community organizations and events. She enjoyed nature, gardening, travelling, the performing arts, the fine arts and spending time with her family and friends.

In lieu of flowers, donations can be made in her name to the Manitoba Cancer Society, the Alzheimer’s Society of Manitoba, and the Friends of St. Joseph’s Residence.

Mass of Christian Burial and Interment will be closed to the public and will be a private family affair.

SHE WILL ALWAYS BE LOVED AND REMEMBERED.

On behalf of my mother Lidia Fernandes’ children and grandchildren, I want to express what we feel to those who mourn with us today. She was loved as a wife, a mother, a grandmother, a great-grandmother, an aunt, a godmother, a daughter, and a sister. My mother was an inspiration to all of us. She gave us strength in time of trouble, wisdom in time of uncertainty, and sharing in time of happiness. She was always on our side.

Love is not an easy feeling to put into words. Nor is loyalty, or trust or joy. But she was all of these. She loved life completely and lived it intensely. What our mother means to us is the kind of love that is kindness, affection, and respect, order, encouragement, and support. Our awareness of this was an incalculable source of strength, and because real love is something unselfish and involves sacrifice and giving, we could not help but profit from it.

My mother tried to gender a social conscience. She felt that there were wrongs, which needed attention. There were people, who were poor and who needed help. She felt that we have a responsibility to them and to our community. Everything that my mother succeeded at in life was an example of her belief and commitment and I thank her for helping make us better people.

As much as I would love to go on speaking about all the things we love about my mother, I’m afraid there’s only so much that my voice and my emotions can handle. I believe it would suffice to say that having her as our mother was on of the best people in our lives.

While my family and I stand deeply grieved by the loss of one of the most influential people in our lives, we are also thankful for the chance to have had her. After all, not too many people have had the privilege of knowing someone as remarkable as her. We may have lost her physically now, but we firmly believe, as she also does, that someday we will be reunited again. And as we wait for the day, we keep in our minds and hearts, where her memory will live on for as long as we do.

Share Your Memory of
LIDIA DONASCIMENTO CARVALHO
Upload Your Memory View All Memories
Be the first to upload a memory!
Share A Memory
Send Flowers
Plant a Tree