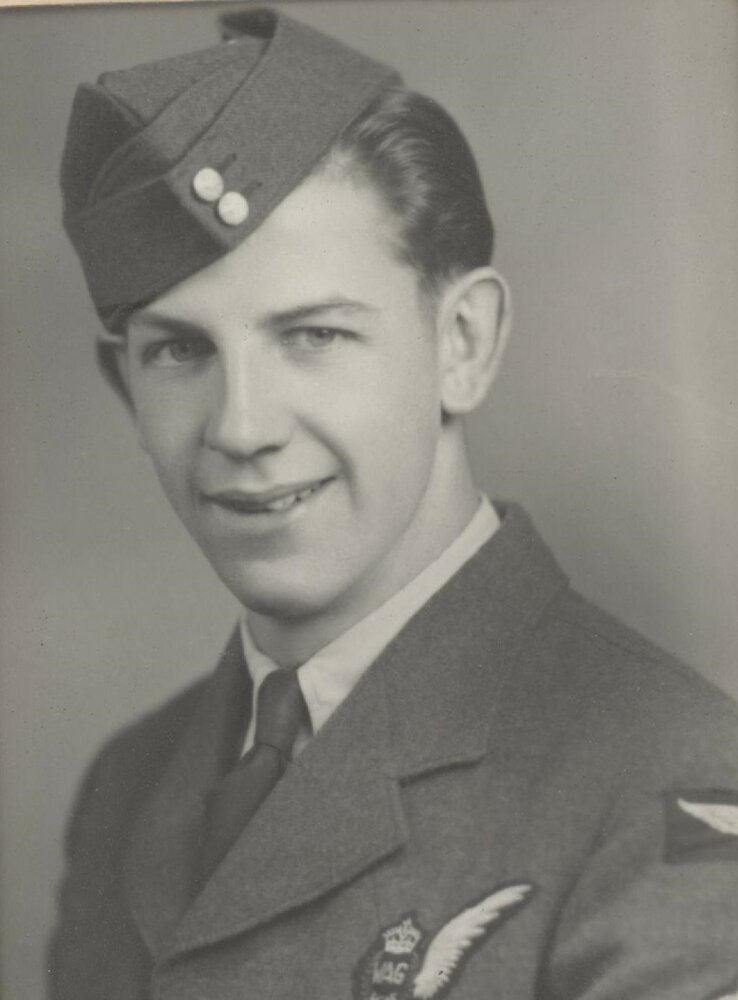 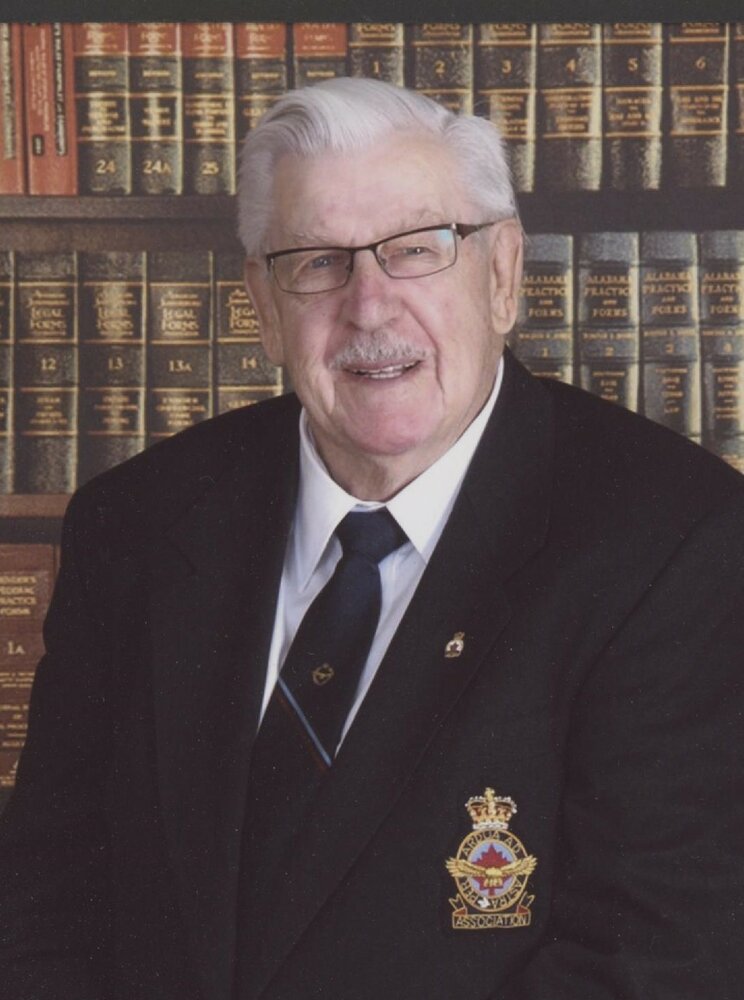 On Thursday, January 13, 2022 just 45 minutes shy of his 96th birthday, Henry peacefully left us to reunite with his beloved wife Elsie.

Henry is predeceased by his parents Joseph and Sophie Golis as well as sisters Helen Golis, Eugenie Ross and brothers Stanley and Chester and Sister-in-law Edna.  Along with brother-in-law Donald Kinner (Gloria) and brother-in-law Raymond Kinner (Pat) of Thunder Bay, ON

He leaves to mourn his children Ray (Madeleine), Jim (Lynne), Liz, Larry (Liz) and Merrilee (Ken) Vanstraelen.   Grandchildren Carly, Joseph, Laura, Gabrielle and Blake as well as four great-grandchildren. He also leaves his brother-in-law Ed Kinner (Lynda) of Thunder Bay, ON. His niece, Linda Golis, who was a great support to Henry as well as numerous nieces and nephews.

Henry was born and raised in Transcona. At the age of 17 he enlisted with the Royal Canadian Air Force, where, at the age of 19, he obtained the rank of flight sergeant.

During that time, Henry survived a Canso flying boat crash into Saanich Inlet enroute to Patricia Bay, BC. Out of the eight crew members aboard, four men perished leaving an indelible mark on the rest of his life.

After recovering from the crash, Henry returned to Transcona and resumed his career with Canadian National Railway. He retired in 1986 after 44 years of service where he was a supervisor in the car department at Symington Yard. Upon retirement, Hank and Elsie enjoyed many travels together including trips to Florida, California, Arizona and Europe. Dad was thrilled to have paid a visit to his ancestral land of Poland.  He also took up golf and enjoyed the game immensely.

Henry was very proud of his service with the RCAF during WWII. He was affiliated to many clubs and organizations including:
RCAF Association
War-Time Pilots’ and Observers’ Association Winnipeg
Air Observers
RCAF Wireless Air Gunners
He joined the Masonic order in Melville, SK while he was working there with CN.
He was a long-standing member of the Transcona Legion Branch #7.
A member of Transcona Kinsmen and K40 where he participated proudly in raising funds for the original Kinsmen Pool in Transcona.
He became a member of the Khartum Shrine of Winnipeg where he played tenor drum in the Drum and Bugle Corps.  Henry shared in numerous enjoyable events and parades with his fellow Shriners.
Late in his life, Henry was presented with a Blue Honorary Street Sign bestowed upon remaining WWII vets.  HENRY GOLIS WAY can be seen on Regent Ave W between Madeline and Winona Streets.

The family wishes to thank the incredible staff at Devonshire House II and to Al Taylor for his years of friendship and numerous scooter adventures!

And lastly, to the hardworking and devoted staff at Deer Lodge Tower 5 Nursing Station and their entire team. Thank you!

Funeral service will be held at Cropo Funeral Chapel, 1800 Day Street on Monday, January 24, 2022 at 11:00 a.m. Due to Covid restrictions, proof of vaccination will be required for entry.  Livestream is available at www.cropo.com through Hank’s obituary.

Honorary pallbearers are the members of the Khartum Shrine Drum and Bugle Corps.

-Farewell Dad until we meet again-

Share Your Memory of
HENRY (HANK)
Upload Your Memory View All Memories
Be the first to upload a memory!
Share A Memory
Send Flowers
Plant a Tree