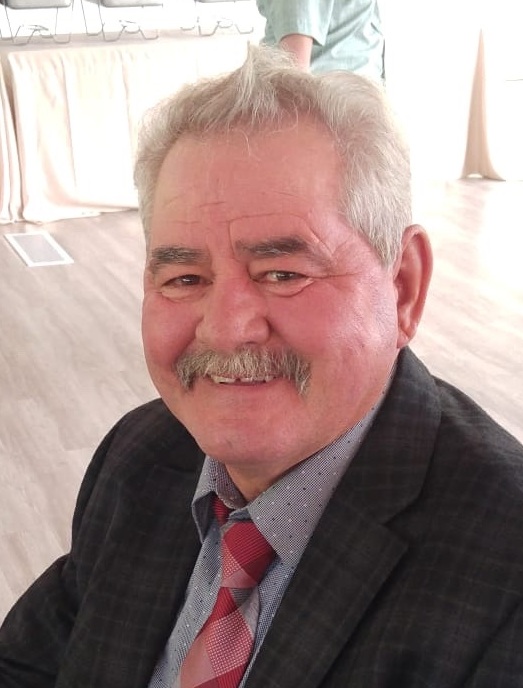 Carlos Alberto Da Costa passed away with his family by his side on Monday, January 10th, 2022 at Health Sciences Centre in Winnipeg at the age of 64 years, after a courageous battle with lung cancer. He was predeceased by his parents Maria de Lurdes and Guilherme, his brother José, his sister Maria Helena, and his father-in-law Jacinto Aguiar.

Carlos was born and raised in Sao Miguel, Açores, Portugal and immigrated to Canada in 1974, residing in Thunder Bay, Ontario before relocating to Winnipeg in 1979. In 1978, when visiting his home of Sao Miguel, he met and began courting the love of his life, Vidalia. They married in 1980 in Winnipeg. He worked many years in the construction industry where he forged lifelong friendships.

Carlos loved to make those around him laugh with good-hearted pranks and his quick wit. He was generous, humble and treated people from all walks of life with respect and dignity. He was an avid soccer fan, and a proud supporter of Benfica and the Portuguese National Team. He enjoyed tending his vegetable garden, smoking his own sausages, and making his own wine from merlot grapes. He was an active member of the Portuguese community in Winnipeg, a dedicated volunteer to different cultural and religious groups, and devout parishioner of Immaculate Conception Parish. He also enjoyed playing cards and spending time with his many friends at the Portuguese Club. He opened his home to everyone, making them feel welcome and at home. Most importantly, Carlos was a devoted family man, a loving husband, father, and grandfather. He was a big kid at heart that loved playing with his grandchildren above all else. He will be truly missed by all who knew him.

A prayer vigil and viewing will be held on Friday, January 14th at 6:00 pm at Cropo Funeral Chapel for up to 100 vaccinated family and friends who wish to attend. After the formal programme, more friends will be able to come pay their respects as space becomes available. The programme will also be live-streamed through the Cropo website for those who cannot attend in person.

A private funeral liturgy will be held on Saturday, January 15th at 10:00 am at Immaculate Conception Parish with Father André Lico presiding. Interment will follow at Assumption Roman Catholic Cemetery where all are welcome to attend.

The family thanks the many nurses and doctors for their caring and compassion throughout the past seven months. If friends so desire, donations in Carlos' name can be made to CancerCare Manitoba.

Share Your Memory of
CARLOS
Upload Your Memory View All Memories
Be the first to upload a memory!
Share A Memory
Send Flowers
Plant a Tree