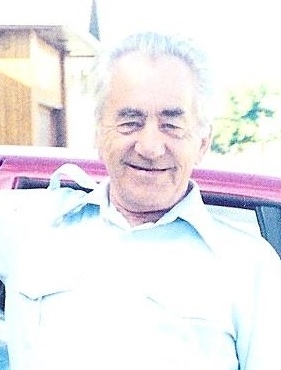 It is with heavy hearts that we announce the passing of Wlodzimierz Hryndzio, on the morning of Thursday, January 6, 2022, at Seven Oaks Hospital.

He is predeceased by his wife Justyna of 55 years, his parents, and all of his siblings. He leaves to mourn his children Ola (Wieslaw), Natalia (Casey), Janek (Teresa) as well as grandchildren Martyna, Czarek, Kacper, Olena, Christine (Adam), John, Renata, Janina, Roman, and Alex as well as great-grandchildren Kuba, Liliana, and Emma, as well as family and friends throughout North America and Poland.

Wlodzimierz was born May 5th, 1930 in Brzozowiec, in the Lemko region of Poland. He and his siblings were raised by his parents (Katarzyna & Michal Hryndzio) with a strong sense of pride in Ukrainian culture and tradition.

In 1946, his family's home village was burned and he lost his mother and grandmother through the traumatic events taking place in Southern Poland at the time.

Shortly after this, in the Spring of 1947, the family was deported to Northern Poland under Akcja Wisla and settled in the village of Chotkowo. This was an unfamiliar environment, and they greatly missed their home village while they worked to rebuild their life. Here he met Justyna, whom he married on February 12, 1961. Together they worked on their family farm while raising 3 children: Ola, Natalia, and Janek. In 1983 Wlodzimierz, Justyna, Natalia, and Janek were sponsored by Fenna and Mike Madejczyk to immigrate to Winnipeg, Canada where they lived in East Kildonan for many years.

In Winnipeg, he worked maintaining the grounds at Shaarey Zedek Cemetery. He also worked as a caretaker at Holy Eucharist Ukrainian Catholic Church. In his spare time, he enjoyed mushroom picking, fishing, watching soccer and hockey, playing cards, and spending time with grandkids. Wlodzimierz was a very selfless and hard-working man and will be missed greatly.

The family would like to thank everyone for their kindness and support through this difficult time.

The Funeral will take place on the morning of Saturday, January 15th at 10:00 am at Blessed Virgin Mary Church (965 Boyd Ave.). Interment to follow at All Saints Cemetery, 4515 Main Street.

Share Your Memory of
WLODZIMIERZ
Upload Your Memory View All Memories
Be the first to upload a memory!
Share A Memory
Send Flowers
Plant a Tree