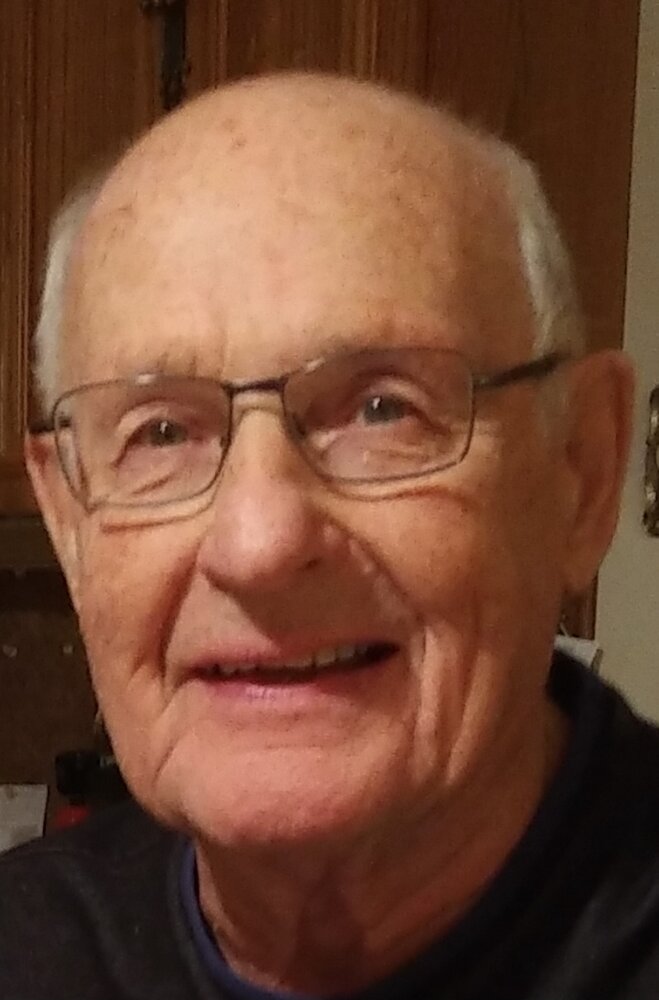 Peacefully on Tuesday, September 14, 2021 at the St. Boniface Hospital, Robert (Bob) Linney passed away at the age of 86 years. His devoted wife Pat and sons; Glen and Scott were at his side.

Born in Winnipeg in 1934, he was the youngest of nine children, the son of Daniel J. Linney and Edith G. Linney (nee Langton).   He was predeceased by brothers and sisters-in-law: Charlie and Dorothy Grant, Gordon and Doris Grant, Raymond and Joyce Grant, John and Mae Linney, Bruce Linney, and his sisters and brothers-in-law; Grace and Ralph McCaw, Edith and Alex Miller and Bernice and Godfrey Blakeman leaving behind his sister-in-law Norma Linney.

He will be lovingly remembered by his wife of 64 years, Pat and sons Glen (Donna), and Scott (Tracey) along with his treasured grandchildren; Ryan, Trevor (Marissa), Brad (Megan), Tiana, as well as numerous nieces, nephews, relatives and anyone who knew him.

Robert graduated St. John’s High School in 1952 and without skipping a beat went directly to work for the CN Rail, as an apprentice in 1953. It didn’t take long to figure out that while the railway paid well, it wasn’t to be his lifelong career, and in 1954 he began working on his certification, via correspondence, through the Radio College of Canada. Within two years, Robert took his radio certification exams and, of course, he passed.  He continued to work at the CNR where he achieved Journeyman Carman status in 1958. Finally, in 1959 Bob got his first job with Dow Television and was able to use his training from Radio College. From there, it was a series of rapid transitions to Eaton’s TV repair in 1960, and in 1961 he landed the job of a lifetime at the Canadian Broadcasting Corporation (CBC). While at the CBC, Bob would have the opportunity to travel as part of CBC’s production crew to Cali, Columbia; Sapporo, Japan; Munich Germany and Christchurch, New Zealand; providing Canadian television coverage for the Commonwealth Games and the Olympics.

In 1969 he and Pat purchased two lots on Sandy Lake, Ontario where, with the generous assistance of friends and family, they built a cottage that the family continues to enjoy today. Bob loved to take his boys water skiing in the mornings and his grandchildren fishing, on the pontoons, in the evenings. When he wasn’t busy making sure that everyone was enjoying their visit, he was busy thinking of ways to improve the cottage and the shoreline that would make their special place even more comfortable for family and guests.

Bob would hold various positions at the CBC until he retired in 1992 as the Manager of Regional Engineering. That same year his first two grandchildren; Brad and Ryan were born.  Bob now had a new title and a new job as Papa. Two grandchildren weren’t enough to keep Papa busy, so in 1994 he was blessed with two more; Trevor and Tiana. Robert lived in Winnipeg, MB for his entire 86 years, despite numerous opportunities with CBC in other cities, and he remained committed to the CBC long after his retirement.

When his youngest son, Scott and his family moved to the Dallas area in 1999, Bob and Pat began spending their winters in Mission, Texas. At first, they would drive their RV down to Texas. Later, they purchased a park model and settled in at Bentson Park Resort. In 2021, Robert purchased his dream car; a Cadillac XT5 that he babied and enjoyed, until his passing.

To say that he will be missed is more than an understatement. It is not every day that one meets a Robert Linney, and we are all so thankful that we had 86 years with him in our lives. There is a great emptiness in all our hearts because of the loss of this great man.

In lieu of flowers, a donation to CancerCare Manitoba Foundation in his name would be greatly appreciated.

Share Your Memory of
ROBERT
Upload Your Memory View All Memories
Be the first to upload a memory!
Share A Memory
Send Flowers