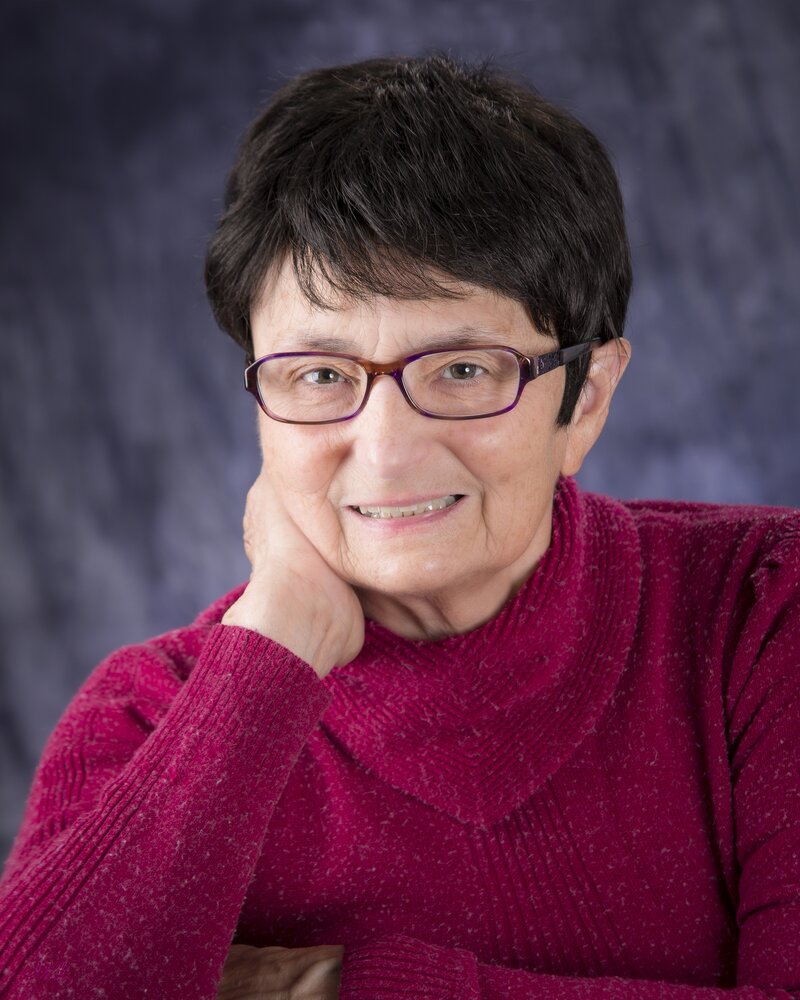 It is with great sadness that I, Liddy, her friend, roommate, buddy and pal for 48 years, have the painful task of announcing that Estelle has passed away. She persevered against the weakness and pain from post-polio syndrome and then had to fight the monster (cancer) until it got her.

She was predeceased by her father Oscar (Pete) and mother Marcelle, and brothers Michel and Marc, leaving behind sister Lise (Toni Harding), sister Jacqueline (Renald Morin), brother Maurice (Marilyn) Boissonneault, and many nieces and nephews.

As a teenager Estelle was very proud to have received her Girl Guide gold cord in 1967, and the motto 'be prepared' defined how she lived her life.

Estelle graduated as a medical technologist in 1971 and worked 24 1/2 years in a private lab, as a cytotechnologist and phlebotomist.

In the 70's she was quite competitive in wheelchair sports in track, basketball and was particularly successful in swimming winning several medals across Canada.

Estelle volunteered with the Blessed John XXIII Church Christmas hamper program where for 2 months every year for 11 years, she coordinated volunteers, packing and distribution of over 30 hampers yearly. Her co-volunteers called her 'Sergeant Major'.

She worked hard for and enjoyed her time with the Post-Polio Network where she served as secretary for 19 years. She also served 5 years on the board of the Society of Manitobans with Disabilities Clearinghouse. Just recently she was on the board of the St. James Horticultural Society as co-chair of the membership committee for about 3 years.

In 1990 when she came to work on the stained glass window at Our Lady of Perpetual Help Church she promptly organized everything and was referred by her co-workers as #1.

She was a great camper and prided herself in her one match only campfires.

We enjoyed travelling together, camping in every province across Canada, including Newfoundland, Yellowknife N.W.T. and took the train to Churchill. We were particularly happy to have attended three Olympics, 1984 in LA., 1992 in Barcelona, and 1996 in Atlanta. She was a great fan of sports and baseball in particular. We had seasons tickets with the Goldeyes for 19 years and had great fun at the Goldeyes with her 'summer' friends.

Hoping the memory of Estelle be a happy one, wishing to leave an afterglow of smiles of happy times and sunny days.

In lieu of flowers please make donations to ArtsJunktion Mb Inc., 312 B William Ave. Winnipeg MB R3A 1P9, or to any charity close to your heart.

We would like to thank the staff at the 8th floor, Palliative Care, at St. Boniface Hospital for all their care and support.

Share Your Memory of
ESTELLE
Upload Your Memory View All Memories
Be the first to upload a memory!
Share A Memory
Plant a Tree