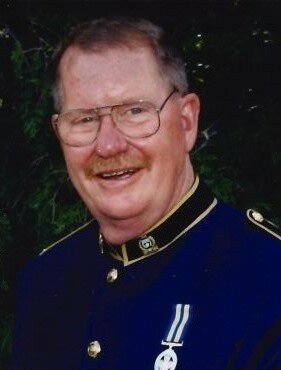 We regret to announce the passing of Frank (Ted) Edward Waller at Poseidon care home on September 8, 2021 with his wife and stepdaughter by his side

He was predeceased by his parents, Frank and Sarah Waller and his sister Barbara. He is survived by his wife Judith, sons; Chad (Pixie) and Daniel; step children; Jackie and Stacey; grand and great grand children.

Ted was very kind, loving and considerate husband and father, who enjoyed golf, gardening, road trips and watching TV. He enjoyed spending time with his grand children, always teaching them funny songs, throwing balls, or driving them to various activities. He also had a great sense of humour. Ted served with the Calgary Police for seven years from 1967 – 1974 and went on to serve with the Winnipeg Police Force from August, 1974 until he retired in 2007.  He was well loved by his coworkers and enjoyed the jokes they shared amongst the team. He will be sorely missed.

There will be private family graveside service will be held at Elmwood Cemetery. In lieu of flowers, donations can be made in his memory to the Winnipeg Alzheimer’s Foundation. We wish to thank the staff of the 2nd floor at Poseidon care home for all their care and support.

Share Your Memory of
FRANK (TED)
Upload Your Memory View All Memories
Be the first to upload a memory!
Share A Memory
Plant a Tree