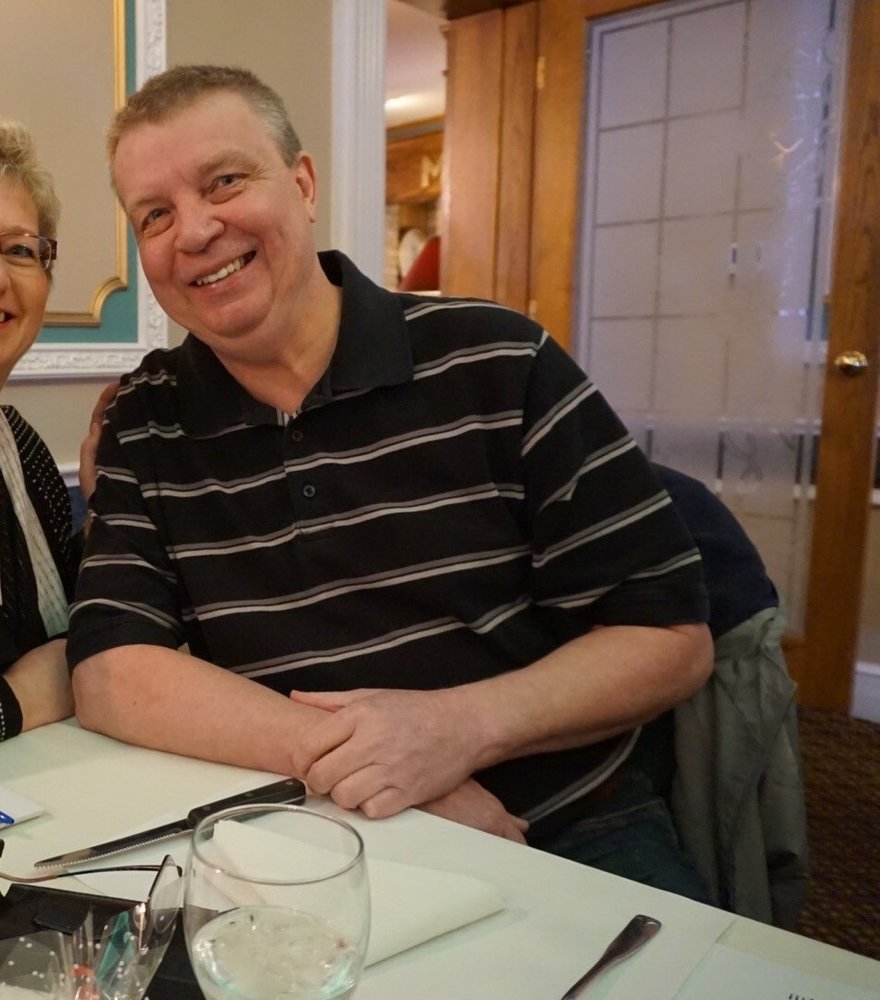 With broken hearts and immense sadness, we announce the passing of Mario on June 4, 2021, at the age of 64, with his wife Valerie by his side and daughters close by.

Mario was born in Fort William, Ontario and moved to Winnipeg with his family as a young child. He was predeceased by his older brother Chester and is survived by his brothers, Joe (Alma), John (Tracy), beloved sister Rose Jakul, sister-in-law Velma Thibodeau, numerous nieces and nephews, extended family throughout Canada, the U.S. and Australia, and many treasured friends.

Mario was an avid sports fan, especially for his much-loved Winnipeg teams. His love for all things sports started at a young age, as most of his youth was spent at the Northwood Community Centre. It was here and at Sisler High School where he met many lifelong friends and mentors that became like family to him.

He fell in love with Valerie or, as he liked to call her, “Lucky” and they were married for 37 years. They raised three daughters, Lauren, Ashley and Jessica and lived in what Mario referred to as “The House of PMS” … he wasn’t wrong!

Mario worked for the City of Winnipeg for over 35 years. The early years of his career were spent working in arenas. He later switched to pools as he often joked, “the women wore a lot less clothing.” As much as Mario enjoyed his time with the city, he was excited to retire at 55. This meant more time for bowling with friends, umping slo-pitch and pranking his daughters. It wasn’t long before he started his second career as our full-time neighbourhood watch.

Mario was known for his quick wit and ability to make those around him laugh. His humour was contagious. His second claim to fame was his pristine winter sidewalks. He was determined to make sure his girls had a clear and safe path each morning so he could finally have peace and quiet, and most importantly: control of the TV remote.

Mario maintained his humour during his battle with cancer and, above all, his selfless love for his family. His choice of MAiD (Medical Assistance in Dying) enabled him to have a peaceful and dignified passing. He told us, “I love you all,” and when asked if he was ready, he said, “Let’s get this show on the road!”

The family would like to express their sincere thanks to the Nurses and Doctors in the Palliative Care Program, Riverview Health Centre and MAiD for their extraordinary care and compassion.

Mario, or "Petey," as his daughters affectionately called him, will never be forgotten and forever cherished by so many.

Due to current restrictions, we hope to have a celebration of life on the first anniversary of Mario’s passing. Details will be made available closer to that date.

In lieu of flowers, donations may be made to Palliative Care Manitoba or the Riverview Health Centre Foundation.

Share Your Memory of
MARIO
Upload Your Memory View All Memories
Be the first to upload a memory!
Share A Memory
Plant a Tree