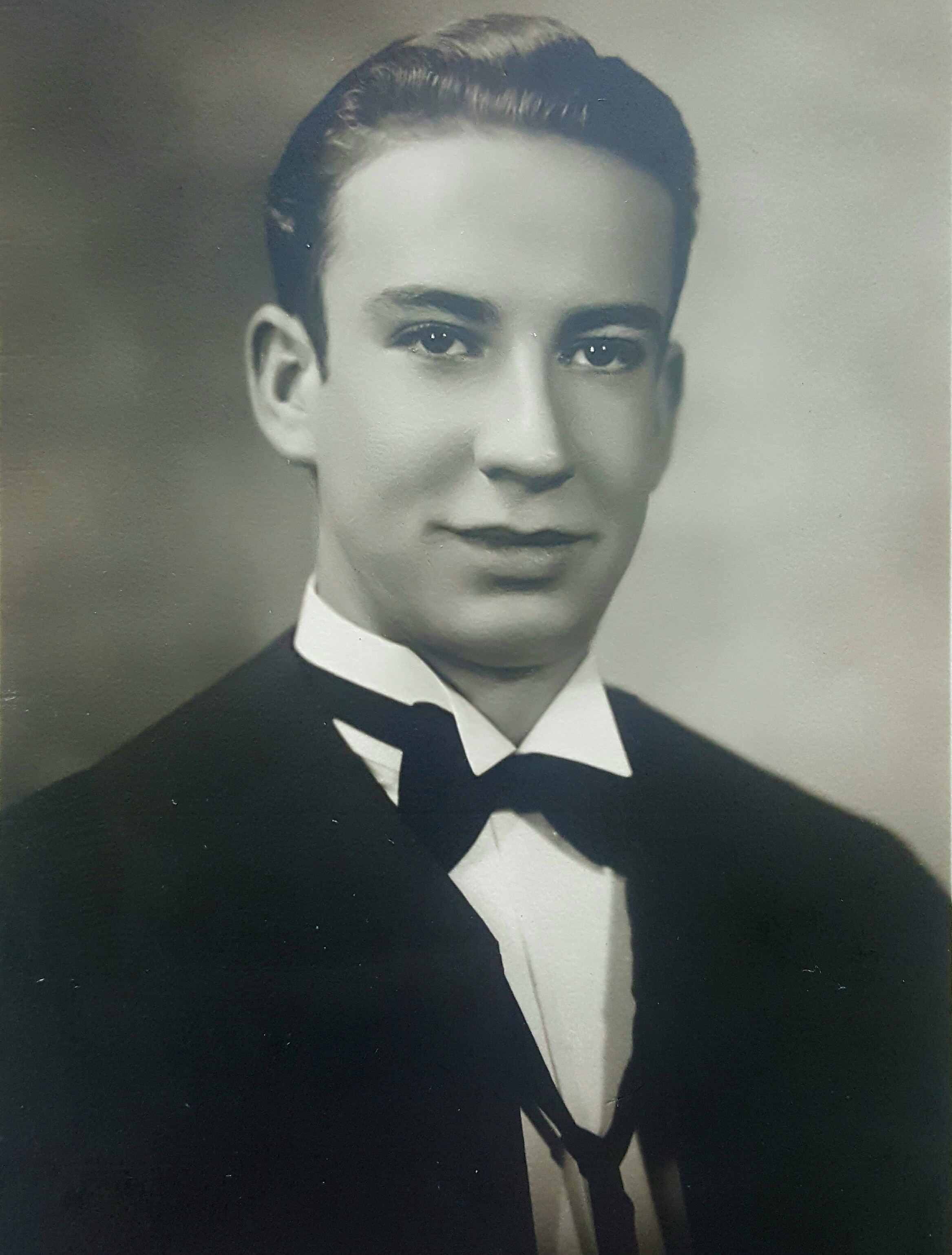 Dr. Hubert R. Du Charme passed away peacefully at the age of 96 at Grace Hospital on June 2nd, 2021. He leaves behind his loving wife Sonia, stepson Alejandro, his son Pierre and daughter Nicole, his grandchildren Morgan and wife Amanda, Kristian and wife Joanna, great granddaughter Léonie and youngest grandson Ryan.

Hubert was born on April 22, 1925 in the town of St. Hyacinthe, Quebec. After graduating from the National Chiropractic College in Chicago, Hubert built his life in Winnipeg where he practiced Chiropractic for 56 years, helping thousands of people, many that came from far away to see him. A gifted healer, Hubert had a great love for all of his patients and enjoyed every minute of every day that he spent in his practice. In his younger years he was an avid painter and musician. A self-taught guitar, piano and organ player, Hubert built his own organ from scratch and was featured in the Winnipeg Free Press for his ingenuity. Hubert loved Winnipeg and was often heard claiming it to be one of the most beautiful places to live in the world. A die hard fan of The Winnipeg Jets, you could always find him cheering them on from his favorite la-Z-boy. He never missed a hockey game, unless the Jets were eliminated from the playoffs, at which point hockey ceased to exist for him until the following season.

A loving man with a heart of gold, you could always count on Hubert's eclectic knowledge to spark up a conversation on any subject. A lover of animals, he took in many strays. Hubert was a glorious host of the most endearing family parties, where he and his loved ones would partake in uproaringly fun Canasta card games, of which he was often the winner. Not a day went by where he wasn't thinking of his wife, children, grandchildren, and great granddaughter. The pride he held for his family was evident. He loved his wife Sonia, who worked with him in his office until the day he retired. In his twilight years, Hubert and Sonia never left each other's side. He always expressed his appreciation for her. She cared for him in his later years as his health declined.

In lieu of flowers or cards, the family has requested that donations be made  in honor of Hubert's love of animals to PRESENCIA ANIMAL, a no-kill animal shelter in Mexico that has personal connections to his wife and a dear friend of hers who is involved with the organization. Please note that although the website below is in Spanish, if you scroll to the bottom, you will see Paypal donation buttons and all amounts indicated are in pesos.

Share Your Memory of
DR. HUBERT
Upload Your Memory View All Memories
Be the first to upload a memory!
Share A Memory
Plant a Tree